There were no surprises on Tuesday in the area’s state Senate and Assembly races, which were won by incumbents and clear-cut favorites.

Senate Majority Leader Andrea Stewart-Cousins (D-Yonkers) easily beat back a challenge for her seat from Republican Khristen Kerr by a nearly 2-to-1 margin. It was Stewart-Cousins’ first challenger in an election since 2014.

Stewart-Cousins picked up 53,940 votes to Kerr’s 29,251 in the 35th Senate District, according to the Westchester County Board of Elections on Wednesday morning.

All districts were included in the reporting but the totals do not reflect the yet-to-be-counted absentee ballots.

Sen. Peter Harckham (D-Lewisboro) appeared headed for victory in the 40th Senate District. For much of Tuesday evening Harckham trailed Republican Gina Arena of Somers, mainly because she won the Putnam County portion of the district by more than 7,000 votes and the one Rockland County community included in the district, Stony Point, by nearly 1,800 votes. Putnam and Rockland reported their totals hours before Westchester County.

However, when Westchester included its updated results after midnight, Harckham overwhelmed Arena 51,756-34,907 in the county.

In the race for the newly-configured 39th Senate District, which includes Putnam Valley and Philipstown and portions of Dutchess and Orange counties, Republican Poughkeepsie Mayor Robert Rolison comfortably defeated Democrat Julie Shiroishi 57,125-49,937, according to the New York State Board of Elections.

Two northern Westchester towns will be getting new supervisors next year as Matt Slater and Dana Levenberg each easily won their first races for the state Assembly in the 94th and 95th districts, respectively.

Slater wins the seat currently held by Kevin Byrne, who opted to run for Putnam County Executive, which he won in an uncontested election. Levenberg, a former chief of staff for longtime Assemblywoman Sandy Galef, will succeed her former boss who is retiring from the seat after serving for 30 years.

Also in her first run for Assembly, County Legislator MaryJane Shimsky (D-Dobbs Ferry) coasted to victory in the 92nd District over Republican Carlo Valente, 32,578-16,632. Shimsky will take over for Assemblyman Tom Abinanti, who she defeated in the June primary.

Assemblymembers Chris Burdick (D-Bedford) and Amy Paulin had few concerns Tuesday night, each winning their races in the 93rd and 88th Assembly districts, respectively, with 63 percent of the vote. 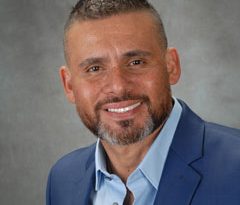