Three incumbents were returned to the Lakeland Board of Education Tuesday in a hotly contested race.

With 12 candidates on the ballot, three foursomes campaigned as four of the seven board seats were up for grabs.

The top vote-getter was the newest trustee, Marianne DiSalvo Kolesar, an experienced elementary school teacher who was just appointed to the board last December to fill a vacancy. She pulled in 1,331 votes.

Trustee Becky Burfeind came in fourth with 1,113 votes and will serve an unexpired two-year term.

Three candidates who ran as part of a grassroots advocacy group called Lakeland Rise (Residents in Support of Education) finished right on the heels of Burfeind. Joe Ascanio and Chuck Monsanto each received 1,082 votes, while Paul Edwards pulled in 1,016. The fourth member of that group, Laura Perozo, received 984 votes.

The four members of United4Lakeland, a group of concerned mothers, also ran respectable races as Erin O’Grady received 812 votes, Maggie Perlman had 769, Genie Muller had 749 and Beth Dee had 718. 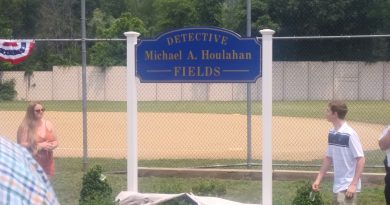