How municipalities can tap into those funds is part of an extensive report just released by the Construction Industry Council (CIC). The 25-page study, The Hudson Valley Infrastructure Gap, covering nine counties including Westchester and Putnam, details a scope of problems and lists strategies for municipalities to employ for greater access to federal and state money.

Gathered in front of the Yorktown Highway Department last Tuesday to announce the report’s findings were CIC Executive Director John Cooney and Adam Bosch, president and CEO of Hudson Valley Pattern for Progress, a nonprofit organization which commissioned the report with CIC.

“Seventy-three percent of the roads that you travel on are local roads and aren’t eligible for federal funding,” Cooney said. “This is a large burden for the majority of the infrastructure that we all take advantage of every day that falls on our municipalities.”

The report includes several surveys, interviews with highway superintendents and officials in wastewater management. It reviewed more than 10 years of comptroller spending records and funding sources. It uncovered that only 11 percent of the more than $3.9 billion appropriated statewide in 2017 for water infrastructure projects was spent as of March 2020.

Eric Pierson, senior research planner with Hudson Valley Pattern for Progress, said in the early 2010s the state Department of Health estimated that $36 billion would have to be spent to ensure the continued safety of wastewater systems and public drinking water. But only $272 million was allocated for water quality improvements by the state last year, he said.

Overall, infrastructure spending has been flat over the past decade.

There were 411 bridges in the Hudson Valley that were rated as “poor” on a scale of good, fair or poor, according to Pierson, and of those 411, 76 are under municipal ownership. The estimated repair cost for the bridges in poor condition is $2.8 million each.

Using the money for needed work means alerting lawmakers about the dysfunction.

“The government’s model for getting the money from being allocated to actually working in our communities is broken,” Bosch said. “It’s something that our lawmakers and our policymakers really need to take a fresh look at.”

The report offers several recommendations on how municipalities can access funds to support their capital projects. Bosch referenced asset management, which involves cataloging all infrastructure assets to set maintenance schedules, track life cycles to provide a schedule for funding repairs and replacements.

“That means you list all the pumps and valves, miles of guardrail to understand the maintenance schedule,” Bosch said. “If a pump is reaching the end of its life there has to be a plan for replacement. We’re not doing this across the state and we need to be.”

Bosch said that while there were some state funds to purchase asset management software, it was poorly advertised and the funding that was available was inadequate.

“The (CIC) report confirms what we already know,” said Yorktown Supervisor Matt Slater. “Here in the Town of Yorktown we are making a record investment in our water infrastructure. More than $3 million is going to cement relining and new water meters. We’re not getting a dollar from the state.”

Yorktown Highway Superintendent Dave Paganelli said if the town receives a grant from the state it has to lay out the funds first before getting reimbursed. “Right now, the highway department repurposed two grants for $750,000, which comes out of my fund balance,” he said. “We figure the state takes two to three months to reimburse us once the canceled checks from the contractor are submitted.”

After 30 years of waiting, the town is finally moving ahead with the Hallocks Mill Sewer Extension Project, costing $14.3 million and impacting about 315 property owners.

“And again, no financial assistance from the state,” Slater said.

However, in March, Westchester County Executive George Latimer agreed to release $10 million from county discretionary funds from its East of Hudson program. The county reluctantly dropped a leverage agreement linking the funds to requiring the town to promote affordable housing.

Because many municipalities don’t have the staff or expertise to apply for grants and federal funding programs, they usually don’t apply. Hiring specialized grant writers is another recommendation made in the report. Yorktown hired the LaBerge Group to write infrastructure grants last year.

“Our return on investment has been significant,” Slater said.

Included in the long list of the report’s recommendations were for towns to list specific projects requiring funds in the Statewide Transportation Improvement Plan (STIP) as part of a four-year plan to increase their chances at receiving federal aid.

Capturing the institutional knowledge of longtime employees before they retire is another step that can smoothly transition new staff into jobs, according to the report.

Cooney said the full report will soon be released to government entities. It can be found by visiting https://cicbca.org/ 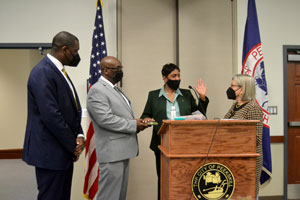 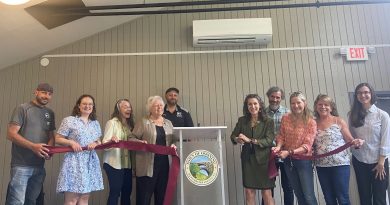