It appears that a holiday tradition created last year may now be an annual fixture in Chappaqua. For the second year in a row, the New Castle Historical Society is presenting its Great Holiday Train Show, a collection of about 10 replica trains that are set up to operate, each in a different room of the Greeley House on King Street. The 19th century farmhouse, which served as the famous newspaper publisher’s second home, is beautifully decorated for the season.

While historical society members thought it might be an excellent choice to present something different for the holiday season last year, no one was prepared for the onslaught of visitors, not only from the local area but throughout the entire tristate region, said Georgia Frasch, president of the New Castle Historical Society.

Its popularity compelled the organization to reprise the exhibit for this year. The show opens this Saturday, Nov. 19 and runs primarily on weekends through Jan. 8.

“It was such a really, really lovely event, and I don’t know who was more excited, the grandparents or the children,” Frasch said.

She said historical society board member Richard Diefenbach, who has a replica train collection along with his son, suggested the show.

Most of the replica trains are relatively modern but there are some important historical tie-ins between New Castle and the railroads, she said. The New York Central Railroad came through the town in the 19th century, which was instrumental in changing the future course of the community.

Frasch said one part of the show will be a room dedicated to the New York Central, curated by Jamie Comstock, a direct descendant of its founder and owner, Cornelius Vanderbilt. That railroad was one of the largest in the nation during its heyday.

“(Comstock) is going to be curating the room with memorabilia that has been passed down through her family, train memorabilia, Frasch said.

One day to look forward to is Saturday, Dec. 3, where the historical society is partnering with the town and the Chappaqua-Millwood Chamber of Commerce to hold its Christmas tree lighting outside of the Greeley House shortly after sunset, she said. The custom jewelry store, Desires By Mikolay, across King Street from the Greeley House will have Santa Claus, sculpturing and refreshments.

Last year’s demand to see the show prompted the historical society to schedule its hourly train show time slots during the week between Christmas and New Year’s, Frasch said. With schools closed, it might be a way for families and provide extra time slots for, she said.

Frasch noted the train show can be comfortably viewed in about 40 to 45 minutes, leaving some time for visitors browse through the gift shop.

Tickets for each time slot are sold for every hour on the hour from late morning through much of the afternoon.

“I just want this to be a very wonderful community come-together, and there are so many new families in won with little children, and I want them to know that this is a great place to grow up, to raise your children and the community does come together,” Frasch said.

For more information on The Great Holiday Train Show and to purchase tickets, visit www.newcastlehs.org. Tickets are $10 for members, $15 for non-members and $8 for children from two to eight years old. There is also a small processing fee.

The show is open every Saturday and Sunday starting this weekend through Jan. 8 with the exception of Christmas Day and New Year’s Day, in addition to Dec. 26-30.

The Greeley House is located at 100 King St. in Chappaqua. 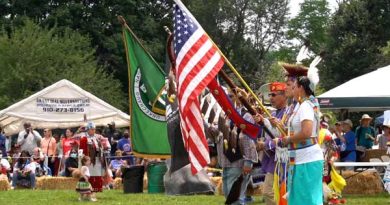