The Examiner
May 25, 2022May 26, 2022 Martin Wilbur Chappaqua, Horace Greeley High School, New Castle
We are part of The Trust Project

It’s understandable why Horace Greeley High School senior Alexandra McCarthy cares so much about inclusion. For that matter, so does her entire family.

McCarthy’s older brother, Brady, has Down syndrome, but that didn’t stop him from becoming the school’s first student with the genetic disorder to graduate with a Regents diploma.

She credits the acceptance Brady and her family received as perhaps the biggest reason why.

“My firsthand perception is from my brother because we moved here to Chappaqua because inclusion is so important, especially in the schools, and so we know just to be in a place where they can be seen and can interact (with others) is so important,” said McCarthy, a member of the ACCESS Student Club, which promotes the inclusion of people with disabilities in the school and the community.

With the assistance of the Chappaqua PTA and Special Education PTA and the town’s Every Person is Connected (EPIC) Committee, there was an afternoon of basketball with Greeley’s unified basketball team, which features students of all abilities playing together, a chance to create a superhero mask and to meet Brady.

He and his sister recently completed publishing a children’s book, “SuperBrady: A Story of Inclusion,” that they signed and sold, with a portion of the proceeds going to the ACCESS Club. Brady contributed the illustrations while Alex wrote the book.

Their mother, Jackie McCarthy, said the acceptance of the schools and the community has made a significant positive difference for Brady. In fact, one of Brady’s elementary school teachers refers to him with her current students, and he has become an inspiration to not only differently-abled children but to many others in the community as well.

As a result, many of Brady’s classmates treated him as just another student they went to school with, she said.

“That’s why we wanted to give Brady’s experience to as many other kids and adults as we can because that’s not the experience for a lot of students out there with disabilities,” Jackie McCarthy said.

Ryan Spillane, who coaches the unified basketball team, said commingling students of different abilities celebrates the spirit of inclusion and all students who are involved are helped by the experience. The program, which was created in 2019, may be expanded to include other sports and activities, Spillane said.

He credited Geoff Curtis, the district’s director of physical education, health and athletics, for encouraging and supporting development of the team.

“I think everyone can kind of benefit from it,” he said. “I’ve been working and coaching sports for probably around 15 years and this is probably the best display of sportsmanship that I’ve ever been around in sports, and it’s been one of the most rewarding programs for me personally.”

It was within the past eight years that the Town of New Castle created the EPIC Committee, which has demonstrated that the entire community values inclusion of all of its residents along with the schools, said town Supervisor Lisa Katz.

Later the EPIC Ambassadors Program was created which actively involved some of the youngsters. The town also plans to start a jobs program at the Chappaqua Performing Arts Center, and the members of the Ambassador Program will be involved with that as well, Katz said.

“We think that everyone should be supported and included to the extent that they can, and we really wanted to support that, and then when the EPIC Ambassadors Program was formed, that was able to get kids involved, so that they can really start to experience everything that other abled kids can,” Katz said. 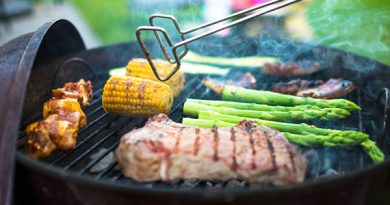 Cookout With the Cops in Mount Kisco: A Fun Event for Bonding 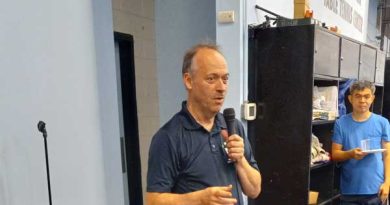