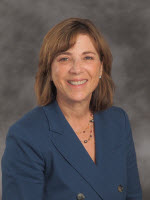 Dr. Debra Spicehandler, co-chief of infectious diseases at Northern Westchester Hospital, said residents should take routine precautions in protecting their health as risk of infection from the coronavirus is low in the area.

A local infectious disease expert said that Westchester residents should have no reason to be concerned about the novel coronavirus that has swept through China despite last week’s declaration of an international public health emergency.

Dr. Debra Spicehandler, co-chief of infectious diseases at Northern Westchester Hospital in Mount Kisco, said there has been screening set up at major airports, including at John F. Kennedy Airport in New York, and most of the large California airports. Major carriers American Airlines, Delta and United announced late last week they have discontinued flights to and from China until the outbreak is under control.

Unless someone has returned from China within the past two weeks or has had contact with someone who has, there shouldn’t be cause to worry, Spicehandler said.

“The incubation is two to 14 days,” she said. “I think we’ve pretty much been aware of this for the last couple of weeks and I think anybody who had traveled back has been screened at this point.”

The Westchester County Department of Health reported that there are no known cases of the novel coronavirus in the county and the risk to the general public is low.

However, there are routine precautions that everyone should take in the interest of protecting yourself and others from infection from viruses, including the seasonally problematic Influenza A and Influenza B, Spicehandler said. Washing hands regularly with soap and water for 20 seconds or using an alcohol-based hand sanitizer is important. If you need to sneeze, do so into the crook of your elbow, not your hands, she added.

There is also no need to change plans for business trips or vacations to places such as Florida, California or the Caribbean or most other destinations, she said.

“I would be more concerned about those viruses (Influenza A and B) right now but I would not be so concerned about going to Chinatown or wherever,” Spicehandler said. “I have heard people say that.”

The major difference between the coronavirus and the more prevalent Influenza A and Influenza B in the United States is the inclusion of respiratory problems, she said. The typical strains of flu in the United States have most of the same symptoms – runny nose, coughs, fever, achiness – but they don’t cause trouble with breathing, except for those with respiratory illnesses such as asthma or emphysema.

Spicehandler said if anyone has a reason to believe that they may have been in contact with someone with the coronavirus, to put on a protective mask and contact your doctor or an emergency room ahead of time. She said do not simply show up at a doctor’s office or hospital.

The county Department of Health issued a release stating that if there were a case of novel coronavirus, residents would hear about it from the department. Testing cannot be performed without the cooperation of the county and state Department of Health, and both departments would be involved in notifying the public and limiting the spread of the illness.

According to the Westchester Department of Health, there are seven types of coronaviruses. Four types – 229E, NL63, OC43 and HKU1 – are quite common and don’t pose a threat. The symptoms are very similar to what someone would experience with Influenza A and B. Only SARS, MERS and novel coronavirus frequently cause severe illness.

One concern about the novel coronavirus is that unlike the more typical strains it is not seasonal, Spicehandler said. The virus is initially spread from animal to humans and then from person to person.

Another concern is that the authorities in China have yet to find a way to control it spreading, Spicehandler said. As of Sunday, China’s Health Commission reported that there were 361 deaths, topping the number of fatalities from the deadly SARS outbreak about 17 years ago.

“They don’t know how to stop it or sort of control it other than good infectious control practices,” Spicehandler said. “So I think that’s what the concern is.”