Arts & Entertainment The White Plains Examiner
February 25, 2022May 4, 2022 Bailey Hosfelt White Plains
We are part of The Trust Project

Starting April 1, the “Harriet Tubman – The Journey to Freedom” sculpture will be on display in Renaissance Plaza in White Plains, through June 30.

“The City of White Plains will be the only location in southern New York State to host this important and acclaimed work this year,” White Plains Mayor Tom Roach said. “We are honored to host the sculpture and intend to use its time here as an opportunity to engage in community-wide discussions about the tremendous courage and resilience of this strong woman and American hero.”

Secured for the city by the White Plains Business Improvement District (WP BID), the nine feet high, 2,400-pound sculpture was created by Emmy and Academy Award-winning sculptor Welsey Wofford, who is based in North Carolina.

Originally, the sculpture was commissioned for a private client, but, more recently, it has been made available to the public, traveling to a number of locations throughout the United States.

Previously, the sculpture has been in Peekskill and Newburgh in NY; Cambridge, MD; Cape May, NJ, Montgomery, AL; Halifax, NC; Havestraw, NY and Sylva, NC.

“It is an honor and privilege to host the Harriet Tubman sculpture in our city,” Council Member Nadine Hunt-Robinson said. “She symbolizes the indomitable human spirit in its quest for liberty and justice. A journey that continues today. I hope the sculpture serves as inspiration to all that gaze upon it.”

In addition to the welcome ceremony on April 1 unveiling the sculpture, the City of White Plains and the WP BID will be creating and promoting a calendar of programming and events to highlight the sculpture, including an outdoor showing of the movie Harriet on Court Street on May 21, a tribute concert to Harriet Tubman in Renaissance Plaza on June 22 and the annual Juneteenth Parade and Festival sponsored by the White Plains Juneteenth Heritage Committee on June 11.

“The goal of bringing Harriet Tubman – The Journey to Freedom to White Plains is to draw people together to the downtown, filled with hope and trajectory into the future with the same determination seen in Wesley Wofford’s sculpture,” said Brittany Brandwein, Executive Director of the WP BID.

The WP BID has launched a dedicated webpage to keep the public updated on programs and events around the sculpture.

A full calendar of programming and events will be made available by mid-March. 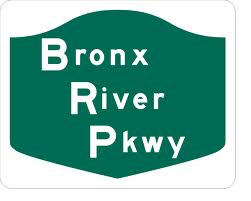