Skip to content
The Examiner
February 4, 2020 Martin Wilbur Mount Pleasant, westchester
We are part of The Trust Project

Two local state legislators whose district includes the Commerce Street grade crossing in Valhalla lambasted the state Department of Transportation (DOT) for failing to produce a safety report nearly three years after it was due.

State Sen. Peter Harckham (D-Lewisboro) called out the DOT last Friday for its inability to issue the statewide study on grade crossing safety after the legislature mandated it be completed by Apr. 1, 2017.

His calls came as the fifth anniversary of the deadly Feb. 3, 2015, accident at Commerce Street approached, when an SUV was struck by a northbound Metro-North train. The driver was apparently confused at the crossing during the height of the evening rush hour when a crossing gate came down on the vehicle before moving into the path of the oncoming train.

Harckham, who was joined by Assemblyman Thomas Abinanti (D-Pleasantville) in harshly criticizing the agency, said there has been no valid reason given for why study has languished.

“We need to keep the pressure on them publicly that we’re not going away,” Harckham said. “We’re not coming out once every five years and saying it’s a tragedy, our neighbors passed away, what’s going on with this crossing. I mean, this is five years after the fact and this is what drives people crazy about government.”

The inertia is especially upsetting because a federal transportation report identified the Commerce Street crossing as “the most dangerous one in MTA territory,” Harckham said, which includes all Metro-North and Long Island Railroad crossings.

The only reason he was given for the delay was that the DOT was “working through technical issues.”

DOT spokesman Glenn Blain issued a statement saying the department has been working with the MTA and reviewing data to produce a final report. No date was given for when that might happen.

“Safety is the top priority of the New York State Department of Transportation and we have an aggressive grade crossing safety program in place that includes the testing of new visual and audible technologies for use at grade crossings,” the statement read. “Together with our partners at the MTA, we are in the process of reviewing the voluminous data collected through this process and will use those findings to better inform the final Grade Crossings Report.”

However, Abinanti, who co-authored the legislation in 2016 with state Sen. David Carlucci that mandated the study, blamed not only the DOT for its failure but Gov. Andrew Cuomo for letting the study slide. The report was supposed to have studied all 5,300 grade crossing throughout the state and recommend safety enhancements at locations that require them, whether that be signs and road markings or physical improvements.

He urged the DOT to “follow the law, do its job and protect the people.”

Mount Pleasant Supervisor Carl Fulgenzi said it’s been frustrating because there is nothing the town can do to make the area safer since it’s a state road.

“They keep putting off the date for when it was to be completed, which is incredible when you’re dealing with people’s lives that it can get delayed like this,” Fulgenzi said.

Harckham added that he supported congestion pricing in Manhattan because of the $10 billion that it was projected to raise, $1.5 billion was promised for Metro-North improvements, including safety. 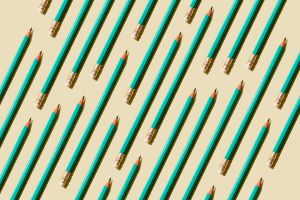