Skip to content
Examiner Plus Other News
December 8, 2021February 17, 2022 Robert Schork Oxford High School
We are part of The Trust Project

It happened again. When news broke across my TV about the shooting spree at Oxford High School in Oakland County, Michigan, it brought everything back.

For good and for ill, guns have played a recurring, though significant role in my life.

My grandfather was a Philadelphia officer. Not only did he carry a firearm on duty, but he enjoyed guns recreationally. An expert shot, he even helped coach members of the US Olympic rifle team, I was told. His love of guns as both hobby and sport was passed along to my father, who, for much of his life, competed in all manner of target shooting — trap, skeet, pistol, small-bore, high-power, black powder — winning truckloads of trophies and awards along the way. Every winter, he faithfully hunted deer with my uncles in the Poconos (though, thankfully for the deer in my home state, with much less success than his target shooting).

As the son of a gun enthusiast, I grew up in a home with firearms and their myriad accouterments. I used to joke we had enough weapons and ammo to arm a CIA-backed revolution in a small Latin American country. But all of it legal and properly maintained. A responsible gun owner, my father always kept them locked up and drilled it into my sister’s and my heads never to touch or go near them. When we were older, my father introduced us to his hobby, bringing us to the various ranges at the gun club to which he belonged and teaching us how to shoot. We both scored a few trophies and awards of our own.

Despite my father’s best efforts, he failed to pass the love of the sport onto me, but what stuck with me from all the time I clocked with him at the gun club was the social dimension that accompanies most hobbies. My father befriended people from all walks of life: lawyers, carpenters, housewives, judges, students, dentists, retirees — people he’d probably never have met otherwise — and people you wouldn’t necessarily peg as being gun enthusiasts.

Though I had bid a fond farewell to everyone at the gun club and target shooting by the time I entered high school, I would have a vastly different experience with guns a few years later…

To continue reading this article and more, subscribe to Examiner+ at www.examiner-plus.com/subscribe

(This post is an excerpted version of a column by Digital Editorial Director Robert Schork published on our Examiner+ digital newsmagazine on Substack). 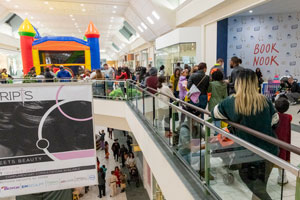