Skip to content
Police/Fire The Examiner
September 9, 2021February 22, 2022 Martin Wilbur Bedford
We are part of The Trust Project

Like millions of Americans, when the 20th anniversary of the September 11 terrorist attacks dawns this Saturday morning, William Groner will remember the hundreds of firefighters and police officers who raced into the burning towers to save lives.

The more than 400 emergency service workers died at the World Trade Center along with their colleagues who survived the collapse of the twin towers have rightfully been lionized in their response on the day of the catastrophe.

But Groner will also think about the thousands of workers, from firefighters to building cleaners, who selflessly engaged in a nearly nine-month recovery and cleanup at and near Ground Zero and the personal costs it inflicted on many of them.

Groner, a co-founder and managing partner of the law firm Worby, Groner & Edelman, negotiated the more than $800 million settlement for over 10,000 clients in a mass tort litigation suit after hundreds of them fell ill. Many suffered from unusual blood cancers after inhaling the toxins without proper respiratory protection.

“It was important to tell the actual story of the actual responders, not on 9/11 but of 9/12 forward, because starting 9/12 there was a nine-month recovery-rescue operation and what they went through and what happened to them, medically, politically, scientifically and then the litigation were really just incredible stories,” Groner said.

“It’s never really been told before and I think it was important,” he continued. “A lot of the people around me thought it was important that story be made a part of the historical record.”

Two years ago, Groner, a Bedford resident, wrote a book on the nearly decade-long litigation, “9/12: The Epic Battle of the Ground Zero Responders.” The book will soon be available in paperback and the story will be made into a 10-episode television miniseries.

He will also be part of a program this Sunday at 2 p.m. at The Bedford Playhouse where the issues surrounding the case will be discussed.

The thrust of the lawsuit, divided into two separate actions, those who responded to the clean-up and recovery and about 1,000 workers who cleaned surrounding buildings near Ground Zero, focused on the often-non-existent protection. It was determined that only about 39 percent of the workers had the proper respiratory equipment.

“Under the law, the owner of the site and all the contractors have a responsibility that the workers have the proper safety equipment and that absolutely didn’t happen, and it wasn’t even close to what should have happened,” Groner said.

In 2003, his first client in the case, from Rockland County, retained his firm. In 2004, the firm, which partnered with another firm, filed its first papers. Within two years of the first worker stepping forward, there were close to 9,000 clients.

Despite what appears 20 years later as an obvious conclusion, the outcome was far from certain. Groner explained that since it wasn’t a class action suit but about 10,500 individual lawsuits, his legal team had to prove exactly what each plaintiff inhaled, and how the different toxins affected their health.

“It was almost impossible to understand individually, maybe generally speaking, but not individually,” Groner said. “Then you had to prove that these toxins caused the particular injury and science wasn’t even close to understanding it.”

The pushback wasn’t so much from the public or even Congress, but New York City. Congress approved $1 billion in federal funding for the city to help the responders who were falling ill, but then-Mayor Michael Bloomberg used about $200 million of the money on the city’s legal defense.

Then there was the unwitting lack of cooperation from the medical community, Groner said. They are extremely cautious about scientific conclusions, and since many of the blood cancers have a latency period of up to 10 years, it wasn’t completely understood at the time. But Groner suspected his clients had a case because by 2005; 121 of them had various blood cancers, and the illnesses were spiraling.

The director for the National Institute for Occupational Safety and Health compared the health disaster to Chernobyl and that they may never know the true impact, Groner recalled. In 2012 and 2013, that director commissioned a study, which concluded that there were more than 70 cancers linked to Ground Zero dust.

Groner, who later founded an alternative dispute resolution firm, said regulations were skirted in the haste to clean up and get back to normal. But so much was done wrong, he said, it was difficult to find what was done correctly.

All this time later, Groner said he’s still in awe of the responders and workers who despite putting themselves in danger went out to the site and made sure the city and the nation could recover.

“What I saw in the responders, I saw greatness,” he said. 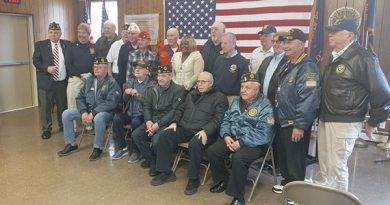