A portion of Worthington St. in the Town of Greenburgh was renamed last week in memory of global fashion icon Andre Leon Andre Leon Talley.

Talley died Jan. 18 at White Plains Hospital from complications of a heart attack and COVID-19. He was 73.

“Mr. Talley was a role model in the community, (and) was instrumental in facilitating access to the wide world of fashion journalism for hundreds of African Americans,” Greenburgh Supervisor Paul Feiner stated. “He increased diversity in the profession. Andre Leon Talley also took time out of his schedule to mentor and inspire others.”

Born in Washington D.C., Talley was the first Black creative director at Vogue magazine. He worked with Diana Vreeland, Andy Warhol, and Michelle Obama. He was a stylist for President Barack Obama and also styled Melania Trump when she married President Donald Trump in 2005.

During his time at Vogue, Talley often advocated for diversity within the fashion industry. He also was very involved in fighting for more diversity on the runway for more Black models. In 2020, France awarded him the Chevalier de Fordre des Arts et des Lettres honor for arts and letters. He was also featured in documentaries, and he appeared as himself in the 2008 movie “Sex and the City.”

“(He) gave us a picture of what life can be when we believe in ourselves,” said Deacon Frank Williams.

A reception followed at City Limits Diner in White Plains where Talley often sat at the bar and conversed with patrons.

In a 2020 interview, Talley, who was a judge on “America’s Next Top Model,” said, “I scorched the Earth with my talent, and I let my light shine.” 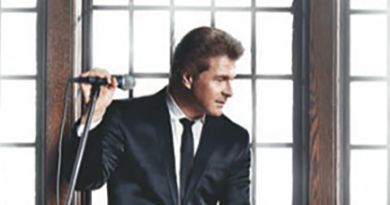