Skip to content
The Examiner
June 11, 2019June 11, 2019 Martin Wilbur Chappaqua, New Castle
We are part of The Trust Project

Three years ago, when Rohan Acharya was interested in attending his first hackathon, he couldn’t find one in Westchester and was forced to travel to Boston to participate.

So, this year, the Horace Greeley High School junior started his own event, hosting ChappHacks at Robert E. Bell Middle School on Sunday. He intends to make this local hackathon – where teams of people, or in this case students, collaborate to solve real-world problems using technology – an annual event.

Acharya and a group of fellow tech-loving Horace Greeley students wanted to provide a similar opportunity that he experienced in 2016 to area students in middle school and high school.

“So I thought I had to be the one to start up this whole tech scene, especially because going to that hackathon is the thing that really got me into computer science,” Acharya said. “I felt that people didn’t have enough exposure, and as a result, our high school wasn’t producing enough computer scientists, so I thought I would take the step to change things.”

He spread the word through social media and contacted nearly every middle school and high school technology department in the lower Hudson Valley, with help from Joshua Culwell-Block, director of technology and innovation for the Chappaqua School District. The inaugural day-long event attracted 104 participants in grades 7-12 from 37 schools in Westchester, Rockland, Putnam, Dutchess, Orange and Fairfield counties as well as some students from New York City.

After introductions, the students were split into 13 eight-member teams, with most meeting each other for the first time. Members from the Pfizer Corporation’s User Experience Center of Excellence, which has been helping schools run hackathons over the past several years, presented topics related to teen health and wellness.

Each team chose one challenge, such as helping teens make a nutritious and energy-rich breakfast a priority, how to make sure teens incorporate physical activity into their lives or how high school students can get eight hours of sleep on school nights.

While many hackathons are geared more toward computer programming, since this was the first for more than 90 percent of the participants, Acharya said he decided that ChappHacks would be a design hackathon. That means the students used Legos, the Mavel app and video to design and build a prototype that can result in a solution to the problem they selected.

“This is a great start,” said Bharati Acharya, Rohan Acharya’s mother who helped with the event. “But hackathons, people think of these loner, coder types sitting in a dark corner typing away. But hackathons are really local events where people come together.”

“ChappHacks is more than just computer science,” added Rohan Acharya. “It’s also about making a difference, art and design, teamwork, community building and so much more.”

In the end, it’s also about attracting today’s students to careers in the exploding number of opportunities in the computer science field, said Gina Charalambides, director of the User Experience Center of Excellence at Pfizer.

“The reason we brought design into this is they’re going to start learning about design thinking when they begin thinking about jobs that they want,” Charalambides said. “You don’t necessarily have to go write the code and create the system. You can do very simple prototyping and storytelling to come up with ideas.”

The idea of using hackathons is not a new concept in the technology industry, she said, but for other businesses and schools it’s been a relatively recent addition. Now even government agencies are incorporating the concept.

For a couple of the students who attended ChappHacks, curiosity and a love of technology motivated them to get up early on a Sunday morning. Martin Kalathil of Chappaqua said he has an interest in coding and

“I like coding and I just wanted to use that for real-world problems,” he said.

“I just thought it would be interesting to try something new,” said Zoe Ivler of Briarcliff Manor.

Acharya said he plans to hold ChappHacks each year and perhaps introduce programming in the future. He hopes that at least a few students left inspired to further their interest in the subject and engage more students in their communities.

“I think a lot of students are unaware of how fun computer science can be,” Acharya said. “I started ChappHacks because I think it’s a fun way to teach computer science.” 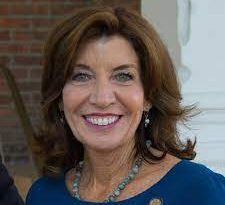