Skip to content
The Northern Westchester Examiner
August 9, 2019 Rick Pezzullo
We are part of The Trust Project

Yorktown Supervisor Ilan Gilbert is vehemently refuting charges from a Republican district leader that he wrongly utilized a taxpayer-funded town car to collect signatures for his reelection campaign and attend political-related functions.

Gilbert, a Democrat who is seeking a second two-year term in November, maintained the accusations levied against him by Rob Puff, a spokesperson for the Yorktown Republican Committee, and questioned by his GOP opponent, Matt Slater, were “unfounded and mischaracterized.”

As an example, he said photographs distributed to the media, reportedly taken March 17, of nominating petitions visibly located in the 2018 Honda CR-V he is assigned for town use were not what they seem.

Puff, who unsuccessfully ran for town board two years ago, maintained Gilbert should immediately turn over daily mileage logs, fuel usage logs and costs of parts, labor and overhead that taxpayers are funding and reimburse the town for any unauthorized use of his vehicle.

“He must be held accountable,” Puff stated. “Supervisor Gilbert has repeatedly misused his official town vehicle for nongovernmental purposes associated with advancing his political campaign. Yorktowners do not support taxpayer funding of political campaigns and they certainly cannot abide using a town-owned vehicle and fuel to conduct a reelection campaign.”

Slater concurred, saying, “The disturbing reports of Supervisor Gilbert using his taxpayer funded car for political purposes need to be answered. He has a responsibility to reimburse the town for any nongovernmental use of his official vehicle and I urge Supervisor Gilbert to release records indicating this reimbursement so that taxpayers can be reassured there was no maleficence.”

Besides gathering petitions, Puff alleged Gilbert drove the town vehicle to an April 15 AFL-CIO endorsement interview in Elmsford and a June 20 Yorktown Democratic Committee fundraiser at The Gramercy restaurant on Kear Street, a short distance from Town Hall.

“Although he easily could have walked across the street from Town Hall to his own campaign fundraiser, Supervisor Gilbert evidently felt entitled to have the hardworking taxpayers of Yorktown foot the gas bill for his campaign activities,” Puff said. “Has he no decency at all?”

Gilbert said when he went for the endorsement interview in Elmsford he was already in that area for town business. As for the fundraiser, he said the restaurant was on his route home, where he takes his vehicle each night.

“I worked close to 7 p.m. that evening,” Gilbert said. “I’m driving all over in my capacity as town supervisor. In instances like that (interview in Elmsford) I didn’t have time to come back and swap cars. I’m supervisor every moment of the day. I feel I am on call 24/7. There are more stops during the day that I do as supervisor than for myself. I truly feel I’m using the car for proper purposes.” 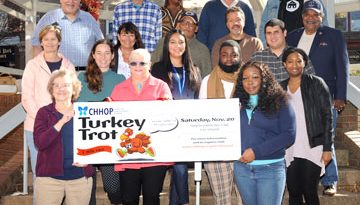 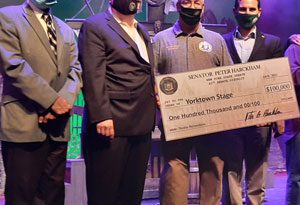