Skip to content
Education The Examiner
January 6, 2021February 24, 2022 Martin Wilbur 3411 Views 2 min read
We are part of The Trust Project

Pleasantville Superintendent of Schools and veteran educator Mary Fox-Alter, who rose from teacher to lead the district for just over a decade, announced Wednesday she will retire from her post in December.

Fox-Alter delivered a message to the community on Wednesday where the time was right for the next challenge but called her decision “bittersweet.” She has been district superintendent since 2010 and has served in Pleasantville for the past 31 years in a 40-year education career.

“Without a doubt, the last decade has been the most rewarding and fulfilling period of my career,” Fox-Alter said in her statement. “It has been a complete privilege and pleasure to work with the caring and talented educators in our district whose singular focus has been our students. I love what I do and the people I work with each and every day. I know how unique and special that is – I have been blessed.”

Fox-Alter was certified as a social studies teacher and taught computer classes, was a computer science chair and technology coordinator. She also served as deputy superintendent and was elevated to the helm after the departure of former superintendent Dr. Donald Antonecchia.

The joy of working in Pleasantville has gone beyond educating children and district success, she said.

“The ability to know people on a personal level and to get to know families and to be involved with them for the ups and downs in life and to work together with the village or the police department or other stakeholders to kind of create a beautiful school community where kids can come to school and grow and go on to be successful adults,” Fox-Alter said of what she has enjoyed most about working in the district.

Board of Education Vice President Emily Rubin Persons said Fox-Alter said she has been so admired and respected because she became part of the community and cares deeply about the students and staff and always does what she thinks is best for children.

“She celebrates the successes, she cries with the losses, she’s there with the crutches to pick you up and carry you across, and she’s like that with the teachers and the administrators and the staff,” Persons said.

The board will likely soon advertise for the opening in hopes of having a permanent successor in place before the end of 2021, Persons said. If the right person isn’t identified, there is always the possibility of an interim.

Fox-Alter said she is confident she will be leaving the district in a strong academic and fiscal position. She lauded working with various school boards over the years that have always focused on a strong commitment to student success and the community.

“It’s a great board and I love the fact that they’re in a right place to pick up the torch and pick the next superintendent,” Fox-Alter said.

Fox-Alter listed academic and instructional improvement initiatives, advocacy for students and public schools and enhancing the school’s infrastructure among her accomplishments.

Fox-Alter did not mention what her future may hold but said she isn’t ready to stop working. One possibility, she said, was to continue her advocacy work for public education.

“Every day, I’d wake up with a skip in my heart. I just enjoyed it,” she said. 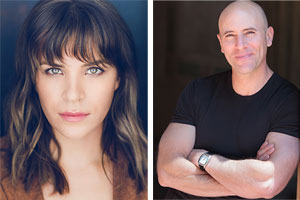