Reconstruction projects of Fleischmann Pier and improvements to Charles Point Park in Peekskill are set to begin in late August. City officials announced last week the work will start on Monday, Aug. 29 and is anticipated to be completed in the fall 2023.

Public access will be restricted during construction, with the pier closing on Tuesday, Aug. 30. The parking lot will close on Monday, Sept. 26. A section of it is expected to reopen later in the fall.

The Waterfront Trail through Charles Point Park will continue to be usable and accessible for the duration of the project.

The project will include the construction of a new pier to accommodate large tour boats, sightseeing, fishing/crabbing, two smaller docks for transient boats and a kayak launch. Charles Point Park improvements will include an expanded parking lot, an ADA pathway to the pier, and a restroom.

Peekskill has been awarded more than $2.5 million from the state for waterfront projects. A grant of $1,092,928 and a city match of $184,309 will be utilized for the construction upgrades.

The 500-foot-long Fleischmann Pier was built in 1938 for Standard Brands, which had been formed by the merger of the Fleischmann Company with the Royal Baking Powder Company. One of the few deep-water piers on the Hudson River, it was built long and narrow to handle molasses shipments piped from ocean-going cargo ships. 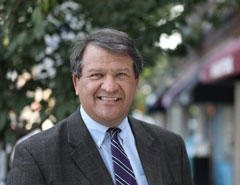 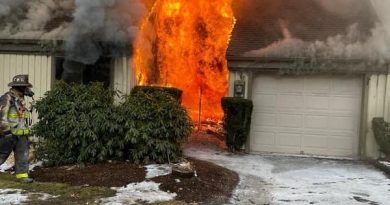 Woman Killed in Fire at Heritage Hills in Somers