Owner Allen Wallace managed to remain open for pickups and deliveries, and for a few folks willing to have a beer and small snacks outside or in a socially-distanced setup.

Since most restrictions have been lifted, last week Wallace decided to hold a formal grand opening to mark the recent one-year anniversary and more than 12 months of adversity. He was joined by County Executive George Latimer, Mayor Peter Scherer, Village Trustee Paul Alvarez, Pleasantville Chamber of Commerce President Bill Flooks and Pleasantville Community Television board members,

“We are happy you survived this year,” Flooks told Wallace. “Keep up the good work.”

Wallace plans to open the rooftop at 43 Wheeler Ave. to expand outdoor seating for patrons.

“It will happen one way or the other,” said Wallace, who during the pandemic started canning and selling 16-ounce cans in four packs with some of the beers he brews.

Wallace isn’t the only Pleasantville proprietor to be buoyed by a new energy and a sense of optimism in the village’s downtown. Just over a year after, after COVID-19-forced closures were shuttering large and local governments and chambers didn’t know what the next day would bring, the village is one of the communities seeing a welcome influx of new businesses.

Scherer said having a walkable, well-defined downtown that is close to mass transit and a community that supports local businesses explains part of the comeback.

“I think all of the new businesses have rightly identified that as the COVID ship rights itself, this is a great place to be and it certainly was that way before COVID,” Scherer said. “We all got put into a sort of suspended animation over time, but not only has the community supported a lot of these businesses along the way, but it’s also turned into a circumstance where I think potential business owners have noticed that it’s a good place to be.”

The Taco Project at 465 Bedford Rd. opened in January in the empty storefront at the corner of Bedford Road and Memorial Plaza. It is the fourth Taco Project in Westchester with others in Yonkers, Bronxville and Tarrytown.

Co-owner Nick Mesce, who partnered with Sebastian Aliberti and Carmello Milio, had been looking for a smaller venue.

“There is a real community feel in Pleasantville,” Mesce said. “Everyone knows each other and everyone has embraced us. They’ve been super supportive right out of the gate.”

Mesce said they wanted to open and be ready to take orders before pandemic restrictions were lifted. They signed a lease last September and started construction in October but were slowed with staggered schedules required of construction crews due to COVID-19 safety guidelines. They were still willing to take a chance on opening a new restaurant.

“We have gotten bigger with the pandemic and pivoted more to take-out either by pickup or delivery,” Mesce explained. “We thought we would be okay by taking a smaller space.”

The lively Mexican-themed décor surrounds a few tables separated by at least six feet, a counter for eating, a bar station and a see-through to the kitchen. In the back a patio with several tables is large enough to safely seat 24 people.

The Taco Project shares outdoor space with Playa Bowls next door. Mesce said there is a staff of about six that works during the day and another crew at night. The menu includes an assortment of tacos, quesadillas, burritos and salads. They also offer catering.

Newly opened two weeks ago is Seafood Market Grill at 49 Wheeler Ave. in the space previously occupied by Green Pink Cleaners. Owner Pablo Aquije, who has worked in the seafood business for more than 20 years, said he carries fresh fish delivered daily from the Fulton Fish Market.

“The first two days we were open customers came in with friends. They were happy to see us open,” Aquije said.

A few steps down Wheeler Avenue and still under construction will be the new Fleetwood Bakery, a popular family-owned Mount Vernon-based bakery for the last 24 years. Co-owner Joseph Cutaia said this was the first time in the bakery’s history they have expanded.

They purchased the former Pleasantville Bakery in January, requiring only minimal reconstruction work. Cutaia and his brother, Enzo, have co-owned the bakery with their mother, Josephine, who came from Naples, Italy over two decades ago and, as a widow, opened the Mount Vernon store.

“Our business has a large client base and for years people have come from not only the Bronx but as far north as Mahopac. Those coming from Pleasantville always asked us to open a bakery near them,” Cutaia said. “We were fortunate to get a prime location in Pleasantville.”

Delays in receiving new equipment have stalled the bakery’s debut. Cutaia hopes to open in about a month.

Also under construction for the last two months is Root2Rise at 359 Manville Rd., in the old Crown Liquors space. Co-owners Raj and Jyoti Tewani and Mike Kagan had to strip down the store’s interior and build a kitchen, retail and eating space and ADA compliant bathrooms. Tewani’s family first moved from India to the United States in 1976 and later lived in Pleasantville.

“Food is my wife’s passion,” said Raj Tewani of his wife of 35 years and who is designing the health-based menu. “She is a holistic nutritionist who has worked with doctors and has had personal clients. This is a dream come true for her.”

Jyoti Tewani focuses on foods that temper inflammation and has worked with medical and health experts to treat certain conditions with diet. The partners hope to open sometime in May, also offering vegan and gluten free, plant-based foods in salads, soups, exotic smoothies and turmeric lattes, all available for grab and go.  Tewani said the kitchen will be free of dairy and refined sugar, and they will source food locally.

“You can make a veggie burger taste so good with real ingredients,” said Jyoti Tewani. “My background is in the Ayurvedic diet and we work with ginger, turmeric, cumin to heal from within.”

While the last year has been difficult, Flooks, the chamber of commerce president, said another potential reason for the downtown business revival is that many residents are remaining local, not heading to White Plains, the city or elsewhere for work, and not straying as far during their free time. As a result, local businesses can benefit and entrepreneurs are noticing that.

“I just think people are taking a chance on the suburbs because I think everybody ran from New York City and they see a market in Westchester,” Flooks said. 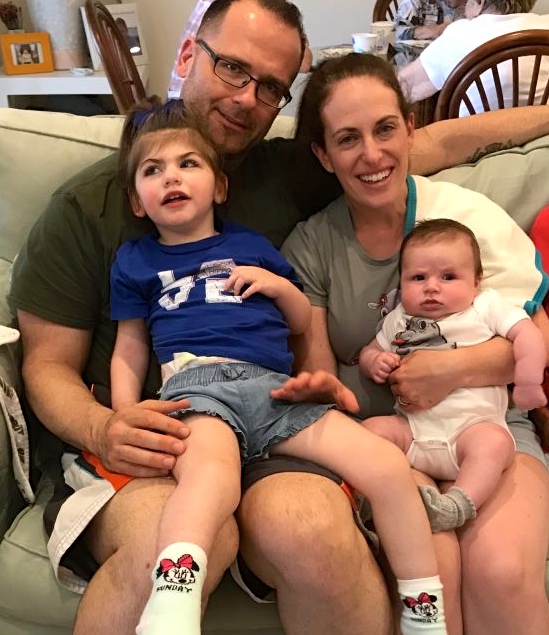