The developers of two mixed-use projects in the area of New York Presbyterian/Hudson Valley Hospital on Route 202 in Cortlandt maintain their plans are consistent with the town’s vision as outlined in the most recent Master Plan.

Speaking exclusively to The Northern Westchester Examiner a week before what could be a contentious public hearing this week as signs opposing the projects have surfaced along major roadways in town, two of the key players for the Evergreen Manor and Gyrodyne developments are confident they will significantly improve existing traffic conditions, provide services and facilities that are in demand and bring much needed tax revenue to the community.

“This is the right place for this type of development,” said Armando Santucci of VS Construction, who is overseeing the Evergreen Manor project on 28 acres with his father, longtime local builder Val Santucci. “We’ve been in front of the Town Board for two years, so there are no surprises here. Everything has been scaled back based on what the town wants to see. The town is the lead agency and they’re driving the ship. We’re local. We’re taxpayers. We’ve been here. We will not close the door on any resident who has a concern. We want to do the right thing.”

“This is the town’s initiative. That gets lost in the whole picture here,” stressed Kevin McAndrew, partner at Cameron Engineering, which is one of the firms connected to the 13.8-acre Gyrodyne site. “Evergreen and Gyrodyne stepped up as the key stakeholders. The town had a vision.”

The go-ahead for the projects was the zoning creation by town officials of the Medical Oriented District (MOD), the intent of which is to encourage economic revitalization in the area surrounding the hospital and implement the goals and recommendations outlined in the town’s 2016 Sustainable Comprehensive Plan.

If approved, both projects are projected to generate more than $4.5 million annually in tax revenue, along with 780 construction jobs and 195 permanent on-site jobs.

“The market demand is there—there are no rentals in Cortlandt,” said Santucci, who noted the new housing could be attractive to many of the hospital employees.

McAndrew mentioned the 100,000-square-foot medical offices would only be a net increase of 67,000 square feet on the property since the existing medical park would be torn down.

Some residents have raised eyebrows about the additional traffic the projects will bring to an already overburdened roadway. Others have expressed caution about the destruction of local ecology and historical land.

Santucci and McAndrew stressed the development teams are committing $3 million for studies and traffic improvements along Route 202. Currently five new traffic signals in the area are planned and turning lanes, along with sidewalks and other enhancements.

“The focus on the improvements is addressing long-standing issues on the corridor,” McAndrew explained. “The town has taken ownership of the whole issue of traffic.”

He added modern signal technology will result in the synchronization of traffic signals that will be “especially beneficial in optimizing flow and minimizing delays on the corridor.”

“We’re going to fix the problem,” Santucci maintained. “There’s an issue with traffic out there and we’re going to resolve that.”

In a December 31, 2019 letter to Cortlandt Deputy Planning Director Chris Kehoe, Westchester County Planning Board Commissioner Norma Drummond stated the county board supported the creation of the MOD, and even opinioned the density limits in the MOD “may be too restrictive from the standpoint of creating a mini-center around the hospital.”

“We encourage the town to consider increasing the allowable densities of various uses to allow for more MOD development, or at least examining alternatives for greater density in the DGEIS so that additional SEGR review won’t be required if higher density limits are ultimately desired,” Drummond stated.

Santucci said he is hopeful a shovel could be put in the ground for the Evergreen Manor development by the fall, noting the project would be done in phases, with the assisted living, independent living and residential buildings planned to be constructed first over an approximately two-year period.

McAndrew said the buildings on the Gyrodyne property would be completed in 12 to 18 months after approval is granted.

“I don’t want people to think we’re just some fly by night company. This is not our first rodeo,” Santucci said. “We have done all the studies. We are not in the business of building things that will be vacant. We’re trying to accommodate everybody, but we’re not going to please everyone.” 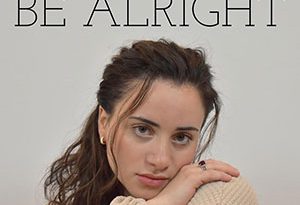