The Examiner
April 5, 2022May 4, 2022 Martin Wilbur Thornwood
We are part of The Trust Project

Wilder Balter Partners is expected to soon complete the purchase of the 165-acre Legionnaires of Christ property in Thornwood and submit a conceptual plan for a townhouse development geared toward older adults.

During a wide-ranging discussion of topics at a residents’ forum Saturday morning at Town Hall, Mount Pleasant Supervisor Carl Fulgenzi revealed that the Chappaqua-based developer is in contract to buy the land. Fulgenzi said while details still need to be flushed out, it was his understanding that the project would contain about 160 units in attached structures, with Wilder Balter partnering with Toll Brothers on construction of the units.

He anticipated that an initial draft of a plan could be submitted in about a month. While it may not be restricted to residents 55 years old and up, the size and layout of the units would be consistent with developments that would be attractive to empty-nesters, Fulgenzi said.

“Our focus has been from Day One to prioritize the senior population,” Fulgenzi said. “We don’t have enough seniors to fill all those units, but it’s not like it can only be seniors. You may have older couples with no children that may want to downsize. I think the focus is more on 55-and-older development.”

Town officials have continually pledged to attract developers to build housing for independent older adults who may no longer want the responsibility of maintaining a single-family house. However, there is no age-restricted housing in Mount Pleasant, although there are two assisted living facilities that are expected to be built.

The developer would be buying the same Columbus Avenue property that another Westchester developer, Baker Residential, had proposed 73 single-family homes on. Baker Residential received final approval for that project in February 2018 but never commenced construction after it was believed the developer and the Legion squabbled over the sale of the land.

Fulgenzi said the town has talked to Wilder Balter about the town receiving 18 to 20 acres for additional fields to expand its recreation programs while saving money renting schools, churches and other venues to house various activities. There would also be enough room for the town to build a structure to host some of the programs and the Recreation & Parks Department offices.

“We rent space all over town,” Fulgenzi said. “We rent churches and schools and stuff like that and we spend a considerable amount of money, and we do get it back through the programs. Why not put that money toward building a rec building. That’s something we’d like to do.”

Pocantico Lake Development
During the roughly 90-minute forum, discussion also focused on other development matters and a host of issues raised by residents.

The supervisor said an applicant, who has proposed a 31-lot cluster subdivision in an environmentally sensitive area near Pocantico Lake, has expressed a willingness to sell the lower portion of the 36-acre property to remain as open space in perpetuity.

Fulgenzi said he spoke with ZappiCo Real Estate Development of Hawthorne last Thursday and they would be willing to part with the portion that is located in the wetland buffer. ZappiCo would still develop the cluster subdivision with 31 homes, he said.

Conservation Advisory Council member Steven Willard, who attended Saturday’s forum, said about two-thirds of the parcel could be preserved.

One of the more outspoken residents who has wanted the property preserved, Charles Sanders, said he was hopeful that there could be a compromise.

“There’s no reason to litigate this, to waste everyone’s funds and taxpayer money,” Sanders said.
In other issues, Fulgenzi said he has been in contact with Con Edison about the utility potentially burying the power lines along Commerce Street from Cross Street in Hawthorne to the Four Corners in Thornwood.
“They didn’t laugh at me and tell me no,” Fulgenzi said. “They said they wanted plans to see what we’re going to do and hopefully we’ll move forward on that because any enhancement you do, when you bury lines that’s storm hardening; when you do storm hardening, they get additional funding.”

It’s the same stretch where the town is considering adoption of a form-based code to revitalize portions of Hawthorne and Thornwood.

Fulgenzi, in an attempt to quell fears that the rezoning would spark in influx of residents and congestion, said the plan is to revitalize with modest mixed-use projects to allow property owners to invest and upgrade their properties.

The last time the town updated its Master Plan was 1970.

“I was born and raised here,” Fulgenzi said. “Nothing’s been done in 50 years. Nothing, no investments.”

Armonk’s Tateo Recognized as New York Runner of the Year 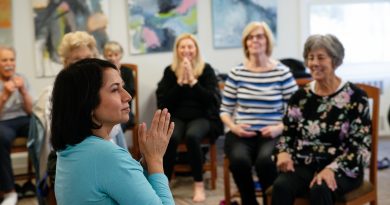 Staying Grounded Through Pandemic With Yoga – and for a Good Cause 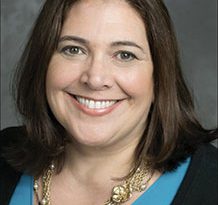 Board of Legislators Propose Bill to Protect Women’s Health Clinics