The Center for Racial Equity was launched April 2021 as a dedicated space for working towards advancing racial equity in Westchester County by providing the vision, the place and the community to sustain anti-racist work. It offers training programs, learning opportunities, consulting services and leadership development, and enables the YWCA to fulfill its mission to eliminate racism.

The Center also will foster community accountability through the use of a Racial Equity scorecard that tracks progress in eliminating racial disparities in key sectors such as health, housing, economic empowerment/wealth accumulation, education and criminal justice.

Dautruche, a Westchester native who took over on August 2, brings to the Center a wealth of experience, most recently as senior advisor to the president and CEO of the National Urban League. She previously served as vice president in the League’s partnerships and advancement office for five years, raising more than $60 million and playing a critical role in shaping the organization’s current racial equity partnerships.

In January 2021, Dautruche led the organization of Westchester first observance of the National Day of Racial Healing, an annual event sponsored by the W. K. Kellogg Foundation focused on racial healing and transformation efforts across the United States.

“Maria is an ideal inaugural director for the Westchester Center for Racial Equity,” said Maria Imperial, CEO of the YWCA White Plains & Central Westchester. “She is a transformational leader who will build community, inspire change and foster healing in Westchester County. I look forward to partnering with her to advance the YWCA’s mission of eliminating racism and empowering women.”

“It is a real honor for me to step into this role,” Dautruche said. “Having worked on racial equity initiatives and strategies at the national level, I am eager to work here in Westchester County where I grew up. I believe my visionary and collaborative leadership style will guide the Center’s success and that of its partners in this work throughout the region and the YWCA USA network.”

A 2005 graduate of the University of Pittsburgh (B.A. in Africana Studies and Communications), Dautruche earned a Master’s in Arts & Cultural Management from Pratt Institute in 2009.  She is an alum of the National Urban League Washington Bureau Certificate in Advocacy Program and the ULI/Project REAP Academy. Dautruche was an Independent Sector NGen Fellow in 2018, a 92Y Women in Power and completed Yale School of Management’s Interpersonal and Group Dynamics facilitator training, both in 2017.

She’s also a co-founder of New Voices for Reproductive Justice – a powerful organizing force for the health and well-being of Black women and girls, women of color and LGBTQ+ people of color at the local, state (PA and OH) and national levels. Dautruche has been engaged locally as a member of the Westchester Black Women’s Political Caucus and Community Voices Heard and served on the Westchester County African American Advisory Board (2018-2020).

The Racial Equity Center has been made possible by funding from Regeneron Pharmaceuticals, Morgan Stanley Wealth Management, Pepsico, United Way of Westchester and Putnam, New York-Presbyterian Hospital, Westchester County Board of Legislators and Looking Out Foundation. 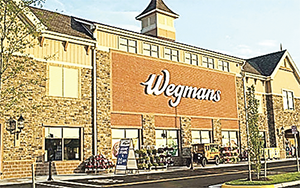