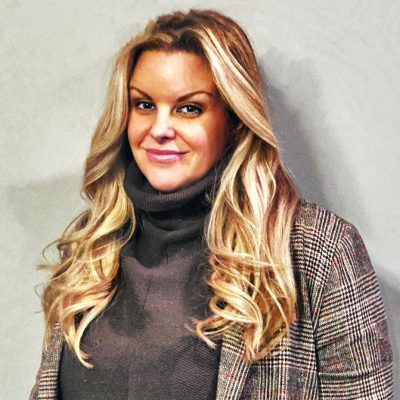 It was a painful part of her past that only a select group of people were aware of, but Erin Lee Crowley has no regrets having been forced to go public with the details of being a domestic violence victim.

“I think it’s actually made me stronger,” Crowley said Monday. “If it helps one person it’s all worth it to me.”

Crowley, who is running for a seat on the Carmel Town Board in a Republican primary on June 22, opted last week to reveal her personal experiences when she was in her 20s with two abusive men after she learned a story was being printed regarding some brushes she had with the law.

“I have held a lot of it in for many years because I was always afraid people would view me as weak,” she explained. “Many times, silence is very inviting, but I choose to step forward and share my truth so others know they aren’t alone.”

When she was about 21, Crowley said she “was on the receiving end of horrific physical abuse.”

“Among the many types of abuse I endured, my partner threatened to kill my unborn son in utero, with a gun,” she stated. “One mid-winter day, with a one-month-old, he let the fuel oil run out in our residence and refused to refill it. I was freezing and fearful for my newborn and felt I had nowhere to turn. I had no access to anything: cars, finances, family, or friends, and I was desperate to protect my child. I was afraid to leave. I was scared no one would believe me, or that it was all my fault.”

After managing to leave that situation, Crowley said she found herself in a similar predicament almost seven years later.

“I was with a man who appeared to be broken from a recent divorce. My abuser blamed me for everything, isolated me from my friends and family, and even eventually cost me my job,” she stated. “The abuse in this particular relationship was often intimidation, physical, emotional and financial abuse. For a long time, our world was defined by my boyfriend’s moods, needs, drug and alcohol abuse. On more than one occasion, both my child and my life were threatened. At one point the abuse was so bad and out of control I had to instruct my then eight-year-old child to lock himself in the bathroom, lay on the floor, and to not open it for anyone except the police, to protect him from the gunshots that were being fired.”

Crowley said her former boyfriend was eventually arrested following a 45-minute standoff with the Dutchess County Sheriff’s Office and New York State Police. Illegal guns and steroids were removed and an order of protection, that is still in effect, was issued.

“I was left without anything except my son and an undriveable car as he had destroyed it in rage,” Crowley stated.

That experience, according to Crowley, led her to do “something totally out of character and for that I regret.”

“I went into survival mode because I was a mother of a young son. I took a check from an employer, who was also a friend of my partner. It was discovered and I was charged with possession of a forged instrument, a misdemeanor,” she said. “I didn’t fight it or say why I did it because I was afraid. I repaid the money.”

Crowley’s police record came to light after some people in the Carmel Republican Party hired a private investigator, which she thought was dirty politics.

Anthony Scannapieco, chairman of Putnam County and Carmel’s Republican Committee and also the county’s Republican election commissioner, said he was aware of who brought in the private investigator and maintained voters had a right to know about the candidates who were vying for office.

Crowley, who is now married to a police officer and has identical triplets with special needs, is the founder of the Hope Chest Sisters, a nonprofit organization that provides support and advocacy for domestic violence victims.

“I have been transparent with a lot of people I have helped,” she said. “My abuse is unfortunately all too common. I am one of the lucky ones because I have turned my life around. I am committed to helping other victims, who feel that they have no way out.”

“I’m not a politician. I’m a resident who wants to see the future of Carmel get better,” she added. “This is telling me I’m doing something right. If I can do this, anyone can do it.”

Check out the following features from The Examiner News on Substack:
Keeping Up with the Kontours of Fame
Spa-ahh!
The Puppy Diaries
Shuck Those Oysters!