Skip to content
The Northern Westchester Examiner
October 10, 2013 Rick Pezzullo Croton
We are part of The Trust Project

A longtime deacon at the Church of the Holy Name of Mary in Croton-on-Hudson has been removed from his 17-year-post for allegedly abusing minors in the past.

A letter from Cardinal Timothy Dolan was read to parishioners at all masses on September 29 informing them that Deacon Albert Mazza was being dismissed from the ministry “based on credible and substantial allegations of the abuse of minors.”

“Several months ago, the Archdiocese received allegations from the Westchester District Attorney’s Office that Deacon Mazza had many years ago engaged in immoral and illegal conduct with minors,” Dolan stated. “I thank the victims for their courage in coming forward with their somber stories. The allegations had been carefully investigated by the Croton-on-Hudson Police Department and the district attorney which concluded that, though the allegations were credible, state law precludes a criminal charge.”

“Immediately after having received the victim’s complaint this summer, Deacon Mazza was placed on administrative leave while the matter was investigated. The matter was then referred to our Archdiocesan Review Board which, late last week, came to the same conclusion, recommending that Deacon Mazza be permanently removed from ministry,” Dolan wrote.

The Church of the Holy Name of Mary is no stranger to such controversies as two pastors in the past were dismissed from the priesthood for similar allegations. 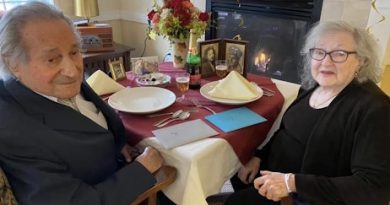