Skip to content
The Examiner
August 14, 2019 Martin Wilbur Chappaqua, New Castle
We are part of The Trust Project

The Republican slate in this fall’s New Castle town election will appear on a second ballot line after a state Supreme Court justice recently dismissed the Democrats’ challenges to invalidate and dismiss an independent party nominating petition.

Smith and his running mates said while they were confident they had filed a valid Team New Castle petition after the Board of Elections upheld its soundness, it is one more reason for the public to be cynical about politics.

“I think there are certainly a lot of local issues that are very important to the town,” Smith said. “But this issue of, I guess a toxic political culture, that is paralyzing our country, it is a major issue everywhere, including our town and I think the sort of political gamesmanship is a big deal.”

The Republicans submitted the Team New Castle petition containing 618 signatures on May 28, the final day a nominating petition could be filed to appear on an independent line under the revised 2019 election laws. It was challenged on June 4.

There had been questions regarding the legitimacy of Team New Castle’s signatures and more than 100 of the signatures had been thrown out when the Board of Elections commissioners convened on June 14. However, the candidates remained 38 signatures above the minimum threshold.

Mayarnes said he was confident that he, Smith and Levin would remain on the independent line but until it was official there was some doubt.

“I knew that everything we did was 110 percent aboveboard, so I knew that we definitely should win and fundamental fairness prevailed so I was cautiously optimistic,” he said.

Two of the Democrats reached on Tuesday, Councilwoman Ivy Pool, who is running for supervisor, and Councilman Jeremy Saland, who is running for re-election, defended their challenge because the Board of Elections and the court allowed signatures to appear on both the Republicans’ GOP nominating petition and their Team New Castle petition. Current Millwood Fire Commissioner Jason Lichtenthal completes the Democratic slate for Town Board.

Pool and Saland said they accept the finding of the court but that their opponents misguidedly framed the challenge as trying to block them access to the ballot when they had legitimate questions about the validity of some signatures and the double-counting of others.

“All we were trying to do is make sure the petition was valid and the process was followed, and this kind of notion that we were blocking ballot access or undermining the democratic process in some way is kind of a mean-spirited accusation that frankly I felt came to feel like a distraction, and they’re meant to kind of hide or disguise the fact that our Republican challengers do not have much in substance to offer in terms of their leadership, their skill and experience, their involvement in the community, their knowledge of the issues,” Pool said.

Saland said that 44 signatures were allowed to appear on both petitions, giving those individuals the power of twice as many voters.

“It’s certainly not lost on our opponents that without this double counting being added to the other 100-plus invalid signatures, they would not have met the nominal burden to create a second party line to join their existing Republican position on the ballot,” Saland said. “As we all know, process sometimes trumps facts even if the wrong result wins out.”

Levin had said in June that their slate created the Team New Castle line to offset the advantage that the Democrats obtained by securing the nominations for two additional lines, the Working Families and Independence parties.

Meanwhile, the Democrats had charged their opponents were looking to obscure their Republican credentials by using the Team New Castle name. That name has been used by incumbent Supervisor Robert Greenstein and his running mates going back to 2013 to help promote a nonpartisan approach.

Greenstein and Councilwoman Lisa Katz are both registered Democrats and former Town Board member Adam Brodsky was an independent despite all receiving the nomination from the local Republican Committee.

Levin said she hopes that over the next three months the two sides can debate the issues and put the political machinations to the side.

“Our slate is focused on the town,” Levin said. “We want to make this town a better place. Creating this paradigm, talking about political issues and rhetoric, that’s divisive and pitting neighbors against neighbors. I don’t think that that’s productive.”

Pool countered that the Democrats trust the town’s voters to see what their slate has to offer.

“We are quite confident that New Castle voters are going to be able to see the differences between these two slates are much more profound than just our political parties,” she said.

This article was updated from this week’s print version to add comments from the Democratic candidates. 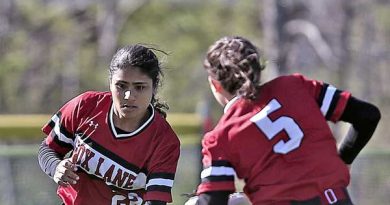 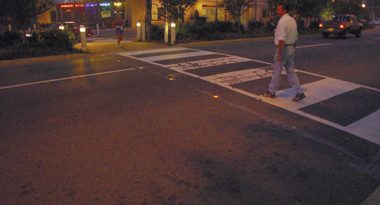