Two firms that will help officials develop a supplemental Master Plan for Westchester County Airport were introduced Thursday, a process that will include public discussion to help determine the future direction and operation of the facility.

County Executive George Latimer said Merchant Aviation, an aviation consulting firm that has studied more than 50 airports around the world, will assess the infrastructure and the economic and environmental impacts of Westchester County Airport. Arch Street Communications will be in charge of messaging through social media, outreach and communications, public involvement plans, the scheduling of press conferences and the coordination of materials to keep the public informed, he said.

An online survey is being conducted at www.onthehorizon914.com now through Apr. 30 and public comments may be left as well. A print version of the survey can also be found at the county’s public libraries.

At a briefing Thursday morning at the airport, Latimer announced that the first step will include the 11-question survey that that the public is encouraged to complete followed by an open house to engage the community in discussion on Thursday, Mar. 19 at the County Center from 4 to 7 p.m.

Latimer said all aspects of the airport’s operations will be reviewed by organizations independent from the county.

“Our view is that these two organizations are professional, they will help guide the dialogue ahead with a professional eye along with the stakeholders in this process, that we’ll have a viable master plan,” Latimer said.

During Thursday’s briefing, Latimer also noted that the airport’s impact on the nearby New York City watershed and Long Island Sound will be included along with the noise impacts on neighboring communities. The county will also continue to work with the Federal Aviation Administration (FAA) on noise concerns, he said. In the past few years there has been an intense outcry from residents in portions of Chappaqua, Pleasantville and Mount Pleasant as well as areas south of the airport about an increase in noise generated by aircraft landing and taking off.

“We have to strike an intelligent, responsive balance,” Latimer said. “That intelligent, responsive balance means everybody has to be at the table, everybody’s voices have to be heard and we have to make accommodations so we do not pollute the watershed, so we reduce as much as possible the noise and make sure this administration is committed to what we have been committed to, which is not expanding the airport.”

The restrictions on the number of gates and commercial passengers per hour will not change, Latimer added.

“We do not come with a preconceived idea of something we have done at other airports,” Merchant said. “We have worked on airports around the world. But we look at every single airport as an original airport because we understand the unique nature of every community, every region and every airport.”

The public input process and review, will be independent, inclusive, transparent and robust, said Nora Madonick, founder and CEO of Arch Street Communications.

Latimer said he anticipated the entire process to update the master plan will take about a year-and-a-half. The consultants will likely take the rest of the year to gather and analyze data before presenting a first draft to the Board of Legislators. County legislators will then review the document and will have to approve the master plan. Latimer will have to sign off on it.

County Legislator Vedat Gashi (D-Yorktown), who attended the Thursday announcement, said he is optimistic the process will yield fair results. Residents in portions of Gashi’s district in New Castle and Yorktown have been among the most affected of anyone in the county by the noise generated by incoming flights.

He also is pleased that there is an understandable and finite timeline to get the work done.

“I think all we can do is make sure it’s going to be an open process, that we’re going to ask questions of as many people as possible,” Gashi said.

Peter Schlactus, a member of the Coalition to Prevent Westchester Airport Expansion, said is happy with the county’s decision and intention to review the facility’s operations. Schlactus said he hopes that issues relating to private and corporate aviation, which comprise about 85 percent of the flights at the airport, are adequately addressed.

“This is a great next step for the airport master plan and we look forward very much to being engaged with the county and having the county finally take into account the perspective and concerns of impacted communities around the region,” Schlactus said.

The master plan supplement, which is essentially a new plan that builds on an update from several years ago, is being paid for through funds in the airport budget, Latimer said. 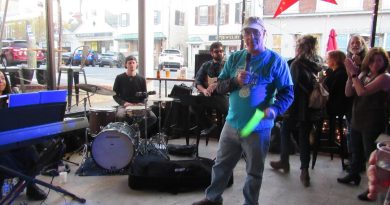 X Ambassadors to Headline the Return of Pleasantville Music Festival 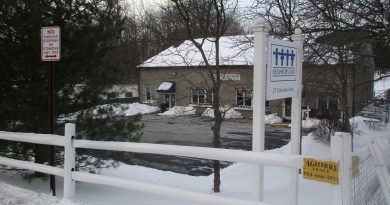