Business The Northern Westchester Examiner
August 31, 2022 Web Master Cortlandt
We are part of The Trust Project 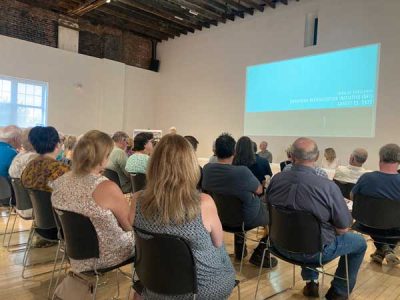 The deadline for the Town of Cortlandt to make its case to New York State for millions of dollars in grant money is less than a month away.

Cortlandt has until Sept. 25 to submit an application for the Downtown Revitalization Initiative (DRI), a state funded grant that provides communities with between $10 and $20 million to rejuvenate downtown areas.

While Cortlandt doesn’t have a designated downtown, town officials are hoping to prove to the state that linking the hamlets of Montrose and Verplanck should qualify.

“One of the things we have to try to accomplish is convincing the state we can have a downtown,” Cortlandt Director of Planning Chris Kehoe explained to more than 50 people who attended an informational meeting in Verplanck Aug. 25. “We have completed several studies that make us prime to receive the money.”

The DRI is a cornerstone of the state’s economic development program. Now in its fifth year, the DRI will invest $200 million in up to 20 downtowns statewide. The state’s 10 Regional Economic Development Councils (REDCs) select a winner based on the potential of the community’s downtown for transformation. Within each region, the REDC will nominate either two downtowns to receive $10 million each or one downtown to receive an award of $20 million to develop a downtown strategic investment plan and implement key projects that advance the community’s vision for revitalization.

Neighboring Peekskill was awarded $10 million from the DRI in 2019, while the Village of Ossining was a recipient of the same amount in 2021.

Kehoe said Cortlandt has unsuccessfully applied a few times in the past for a DRI grant focusing on the Medical Oriented District (MOD) on Route 202 near New York Presbyterian Hudson Valley Hospital.

“We have all of these plans and all of these ideas. We put a lot of work into this,” Kehoe said. “We want to be able to plant some seeds.”

One potential project Cortlandt is pitching is a mixed-use anchor building called Montrose Center at the corner of Kings Ferry Rd. and Route 9A. The town is also looking at infrastructure improvements to Quarry Park in Verplanck to encourage such amenities as marinas, restaurants and recreation facilities.

Other projects being envisioned include the construction of an amphitheater in Cortlandt Waterfront Park; a visitor’s museum with historic, arts, science and recreation programs; a bike share program between Montrose and Verplanck; and the creation of a water taxi stop at Quarry Park and Cortlandt Waterfront Park with connections to Peekskill, Croton and other nearby municipalities.

Town officials are also looking for input from the community-at-large through a survey that will be part of the DRI application. The survey can be accessed at www.townofcortlandt.com/DRI. Deadline to complete the survey is September 15.

Cortlandt Councilman Frank Farrell said town officials were trying to take a long-range approach to reshaping a part of Cortlandt.

“Nothing happens very fast. We’re laying the groundwork for five, 10, 20 years,” Farrell said. “The goal is to get something where we can be happy in the community that we live in.” 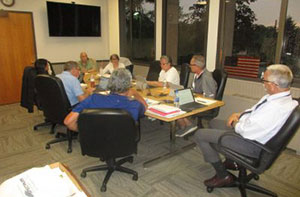 Peekskill to Benefit from Paramount Success