An annual community read in Bedford turned controversial last week after some residents believed that the school district pulled its support for the event due to complaints over one of the featured books.

Fox Reads, a voluntary event organized by the Bedford Teachers Association (BTA), drew the ire of some parents who were critical over the inclusion of “The Poet X,” a critically-acclaimed novel by Elizabeth Acevedo, in the read. The book is on the district’s recommended reading list for high school students but is not assigned. It is a coming-of-age story and includes passages where sexual feelings are expressed.

Cries of censorship went out among some parents, including the local grassroots advocacy group Every Single Student, which organized a petition drive to protest school officials who removed any promotion of Fox Reads from the district’s website and social media.

District parent John Long, who read a statement on behalf of Every Single Student at last Wednesday’s Board of Education meeting, said that the group had collected about 130 signatures up to that point. However, they were concerned that the district may have been pressured by those looking for reasons to target books with certain subject matter.

“This program should be applauded as it is an asset to our students and our community,” Long said of Fox Reads. “We appreciate the effort that was put into each book, making sure that there was a choice for different age groups and reading abilities. We welcome books exploring topics that may be difficult, but ultimately help us look deeper into ourselves and/or help us see others. In the wake of banned book week, we value the opportunity to come together and discuss these valuable books.”

The BTA convenes a selection process each spring and typically decides on which books to include by the end of the school year for the fall event. There were apparently no objections to the other two books that were part of the read, “Alma and How She Got Her Name” by Juana Martinez-Neal and “Merci Suárez Changes Gears” by Meg Medina.

Several other parents spoke, a few expressing support for the book while others said it was their responsibility to determine if their child should read certain material.

However, Board President Edward Reder and Superintendent of Schools Dr. Robert Glass clarified that the district was not taking a stand against Fox Reads or “The Poet X.” Instead, it learned that the activity, which the district has no part in organizing even though the BTA is involved, was wrongly posted on its various channels of communication.

“There was no board action at this table to not participate or to shut that book down,” Glass said.

Reder mentioned the district had no input into the books that were selected because it was an outside event run by the BTA.

“This year has not been any different than that,” he said. “We were not contacted about the selection. We were not involved in the process. I would not be presumptuous that we should interject ourselves into any kind of third party or any organization, a community read event that they want to run.”

Discussion turned to whether the district should be listing or promoting events that are not its own or it doesn’t have a partnership or co-sponsorship with. Board member Steven Matlin said the issue in this instance has nothing to do with whether the book is appropriate.

“It’s not our place to say yay or nay to that event,” Matlin said. “I think we should not promote outside third-party events. It puts us in a very difficult position where we say yes to some or no to others and we become the morality police or whether we think an event is good or bad, and we’ve seen tonight that we have community members on both sides of this book even as to whether they thought it was appropriate or not, and I don’t think that’s a position we should be in.”

Board member Amal Shady, who had no objection to the book, said the district should promote all events or none that are not its own in the community.

Glass said it can get difficult because there are some events that fall into grey areas.

“There are really a lot of great things that go on in our community in which we have said, no, we won’t be able to promote that because it’s not directly related to the school district,” he said. “This one seems to come a little closer and because it involves reading and something that is near and dear to our hearts and the teachers association.” 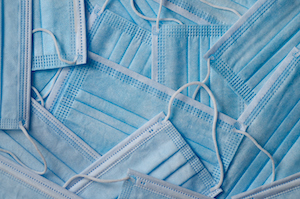 Ex-No. Castle Candidate Calls for Cronin to Resign Over Letterhead