Skip to content
The Examiner
July 31, 2015July 31, 2015 Martin Wilbur Chappaqua, New Castle
We are part of The Trust Project

In a small glass case hanging on the wall of Lange’s Little Store in Chappaqua is a folded American flag. This flag, flown in Iraq, was given to Richard Lange, the owner of the deli, after packages were sent to the soldiers who were stationed there.

The flag is not the only support Lange offers to those in service.

On Aug. 3, Hudson Hills Golf Course is hosting the World’s Largest Golf Outing to raise money for the Wounded Warrior Project. The event, which is organized by Billy Casper Golf, is in its fourth year at Hudson Hills. Lange has been providing food for the event since its inception.

“It’s about recognizing the value of what has been given and dedicated to secure our rights here. It’s the right thing to do,” said John Buckley, a former town councilman and current real estate broker who will play in the outing.

Lange and Buckley play golf at Hudson Hills regularly, and when advertisements began to appear for the inaugural event, Lange had the deli offer its services.

Golfers pay an $85 fee to play in the tournament, $10 of which is earmarked for the charity, while the rest of the money pays the golf and food costs.

With Lange providing food from his deli for the event, some of the cost is offset, enabling more profit to go to Wounded Warrior.

A donation bucket with checks, dollar bills and coins sits on the counter of the deli, with a photograph of former president Bill Clinton, who has donated to the cause in past years. As a result of that photograph, Buckley said, deli patrons have taken an interest in the charity.

Donations made to the bucket are sent to the nationwide Wounded Warrior charity for distribution.

“That’s why we’re leaving the bucket here,” Buckley said. “There’s no cost incurred in any money we’re gathering. All that money is pure donations. And hopefully making it a community event raises more money.”

Joe Rafferty, the manager of Hudson Hills, said there are other businesses that are donating their services with prizes in gift cards.

Lange, however, is taking the extra step, and has formed Team Lange’s Deli. The team has raised the most money – $1,928 as of July 23 – of the eight teams involved in the event. They are hoping to reach $3,000.

Rafferty said the event, which has now sold out, will see men and women of all ages playing. The golfers are also encouraged to donate more to Wounded Warrior beyond the registration fee, whether it is through the main charity’s website or dropping some money into the bucket at Lange’s deli. Buckley said contributions by check are tax deductible.

Although the golf outing is expected to be a fun time for those involved, Lange noted the importance of the charity.

“It should be important to everybody,” he said. “To me, it is very important because we have peace, and this is a very strong country. These people put their lives on the line for us. So we can only give back.”

Buckley and Lange have friends who have been in the service.

“It’s personal in that respect, but it doesn’t need to be personal when you’re thinking of your lifestyle,” Buckley said.

As for the deli owner, Lange had brief and simple words when it came to his reason for contributing to this organization. 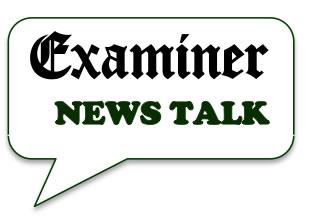