It’s common for groups of adult friends to get together for a guys’ or a gals’ night out. A chance to enjoy one another’s company for a couple of hours after work or a long week.

For seven Chappaqua dads, their weekly night out is spent playing music.

“We are sort of all in a similar situation,” Renza said. “We’re all dads in Chappaqua, we all have kids in school and we’re all professionals and we’ve all in a past life played instruments, and so through certain situations we got together and knew one another. All of a sudden, we found ourselves together playing music and we’re all energized.”

While they’ve performed locally at several local bars, fairs and church events as well as at a Battle of the Bands at the Chappaqua Performing Arts Center, next Wednesday evening, July 28 at 7 p.m. will be their biggest engagement to date – the Town of New Castle Recreation & Parks summer concert series under the gazebo at Recreation Field in downtown Chappaqua.

They hope that local residents will come out to hear a fun mix of Springsteen, Mellencamp, Billy Joel and some singalong staples, such as “Brown Eyed Girl” and “Sweet Caroline.” The Station Agents’ ever-growing song list is now more than 50 tunes long. They’ve been preparing a set of about 25 songs for next week’s concert.

“We want people to sing along at our shows,” Saletan said. “We’ll play some obscure classic rock songs that are for us, but those are few and far between. We make sure our set are songs that people can sing along to.”

Everyone in the band, which formed about three years ago, has been friends with at least one other member. They all had been in a band in high school or college and decided it would be fun to recapture that feeling they had as youngsters.

An early problem was that there were too many guitar players, so Renza switched to keyboard, which he also had played previously, and Corwin transitioned to bass.

The Station Agents’ first gig was at the old O’Connor’s Pub in Pleasantville. Saletan recalled that that the bar owner told them that if they brought 50 people, they’d be paid $300. The band gathered their friends and family to get 50 people to attend, were paid the $300 and hit with a $350 bar tab, he said.

As the rehearsals became more frequent, the band needed a permanent place to practice. If the weather was good enough, they’d play in one of their backyards, but they couldn’t consistently rely on that. When the pandemic hit, they were forced to practice on their own and meet virtually.

“But we kept in touch,” Liebowitz said. “We kept the momentum going.”

After everyone got vaccinated by early spring, Corwin, the owner of Chappaqua Transportation, opened up his bus garage on Hunts Lane for the weekly evening rehearsals. The band’s logo, of course, is a bus.

Before the pandemic, Renza would come off the train in Chappaqua and hear the music coming from the field on Wednesday evenings in the summer. The band first inquired in 2019 about what they needed to do to play the series and started lobbying the Recreation & Parks Department to be included in the concert lineup.

They were told earlier this year that they were scheduled for July 28.

“Not many people have been able to go to concerts yet, so hopefully we’ll get nice weather and we have a really nice crowd,” Liebowitz said.

The band has no illusions about stardom.

“Our sweet spot is a 50-year-old’s birthday party,” Renza joked.

Their reward is having the chance to play music together, something each one of them loves to do, while hoping that people enjoy listening to them.

“We have lives, but I think the important thing for us, as middle-aged men, is we found something for us because we do so much for our families and our kids, that it’s like this is for us, and we need it,” Renza said.

For more information on The Station Agents, visit their Facebook page or e-mail stationagentsband@gmail.com if you are interested in booking the band. 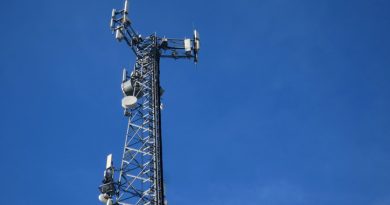