A crowd of people braced against the cold Saturday afternoon in a vigil remembering Kenneth Chamberlain Sr., a veteran killed by White Plains police at his home 11 years ago.

Huddled together in front of the White Plains Department of Public Safety on South Lexington Ave. were members of such diverse groups as the Westchester Peace Action Committee, Alternatives to Incarceration Coalition 914, AntiRacist Alliance Westchester, Congregation Kol Ami and the New York Civil Liberties Union’s Hudson Valley chapter, among others.

Some held hand-painted signs that read “Justice for the Chamberlain Family” and “George Floyd” and the date of his death. Jirrell Abraham of Yahweh Muzik performed his “spoken word” that praised Chamberlain and admonished White Plains police officers.

Chamberlain, a Black 68-year-old retired Marine and 20-year veteran of the Westchester County Department of Corrections, was killed by police in November 2011. Chamberlain, who suffered from numerous health conditions and was mentally unstable, had accidentally triggered his LifeAid medical alert. Police responding to the alert broke down Chamberlain’s front door, before he confronted them with a butcher knife. An officer tased him and another shot him with a bean bag gun, usually meant to harm, not kill.

Police reported that Chamberlain still resisted, and they shot him again with live ammunition. Chamberlain later died in surgery at White Plains Hospital.

After his father’s death, Kenneth Chamberlain Jr., filed a civil lawsuit for $21 million against the City of White Plains and the White Plains Police Department, a case that was dismissed. It also excused police officers involved who claimed qualified immunity.

At that time, Chamberlain Jr. co-founded the Westchester Coalition for Police Reform, a group of community organizations, religious institutions and individuals who work to build safe communities with improved community-police relations and greater police accountability and transparency.

However, new evidence has surfaced, and in September a judge issued a new ruling that gave the case the green light to be tried again using evidence of unlawful entry, non-lethal excessive force, battery and assault that resulted in Chamberlain’s death.

At the vigil, attorney Debra Cohen, a member of Chamberlain Jr.’s team of lawyers, gave an update on the case.

“After the new ruling, the city filed another motion to try to have the judge dismiss our claims, but the judge happily denied their entire motion and all our claims were set to go forward to trial,” Cohen said. “But just as we were getting ready to schedule the new trial, the city filed a new appeal because they want to delay the retrial of this case.”

Cohen was adamant that everyone involved would continue to fight.

“We need to muster the troops and prepare for legal battle once again,” Cohen said. “If the city thinks by filing this appeal and dragging this out even further will make the winter soldiers give up or we’re not going to keep fighting to the very end, they are sorely mistaken. If we have to come back next year and the year after, we will all be here.”

Throughout the vigil, Chamberlain Jr. stood surrounded by friends and family who have supported his fight for more than a decade.

“You’re talking about 11 years, and I can honestly say that most of the people you see here are people who have been here the entire time,” he said. “These people that continue to stand with me in this weather, in the cold, aren’t huge in numbers but we have consistent numbers and that’s the beauty. They have become family; they’ve seen me on the days that I smile and on the days that I shed tears.”

Chamberlain also referenced the murder of George Floyd, a 46-year-old Black man killed in 2020 by a white Minneapolis police officer.

“Westchester County has its own George Floyd and I find it interesting that our elected officials can speak to something that’s hundreds of miles away but won’t address the issues in their own backyard,” Chamberlain said. “Here we are in 2022 and we haven’t really seen any changes in terms of policing.” 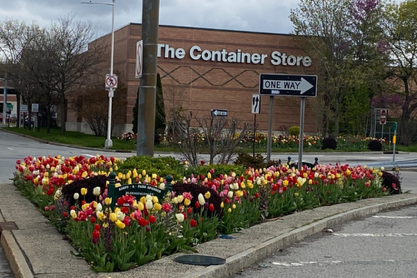 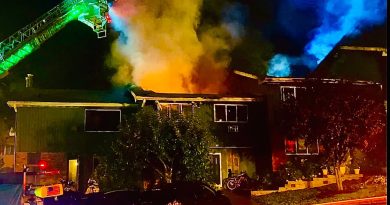