Skip to content
The Examiner
February 13, 2019 Martin Wilbur Chappaqua, Mount Kisco
We are part of The Trust Project

Life was hard for Juan when he arrived at the United States border in Texas seeking asylum 14 years ago.

He left Mexico determined to make a better life for himself than the meager wages he was subsisting on working 90 hours a week.

Juan, then 25, would soon migrate to Westchester. He was first dropped off in Port Chester where he fortuitously ran into a boyhood school classmate at a Mexican restaurant, then landed in Mount Kisco where he got a job in the kitchen of Mount Kisco Country Club as a dishwasher.

In those early days, Juan was often afraid he would be sent back to his homeland by immigration authorities. Now, a married father of two children, Juan is a green card holder. It’s no guarantee his journey will end in U.S. citizenship but he is trying his hardest to make sure he gives himself the best chance.

“I’m a good resident, I’m a good person,” said Juan, who went only by his first name. “I try to do the best that I can in this country. I try to follow the rules. I try to do everything the way it is. I pay my taxes, you know. I don’t drink and I try to stay by the rules, so that’s why I’m not afraid.”

On Sunday, Juan, a Mount Kisco resident, was the guest speaker organized at an event at the First Congregational Church of Chappaqua by the Westchester Youth Alliance, a northern Westchester-based interfaith group of high school students whose mission is to broaden understanding through religious and cultural diversity. The Alliance invited representatives from Neighbors Link to talk about the work it does to help integrate the area’s immigrant population into the wider community.

Neighbors Link Executive Director Carola Bracco said in the past two years the United States’ policy regarding who could get deported has changed drastically. Previously, only new arrivals as of Jan. 1, 2014, and those with a criminal conviction would be among the estimated 11 million undocumented individuals – people without immigration status – targeted for deportation. Today, any undocumented person could be detained by Immigration and Customs Enforcement (ICE) and sent back.

Although requesting asylum is legal, there are tight parameters to be allowed to stay.

“So many people apply for asylum; very few people certainly get it and can show credible fear,” she added.

The advantage of having an asylum request approved and obtaining a green card is not only being able to stay in the country but it makes someone eligible to obtain a driver’s license, Bracco said. The license is a legal form of identification signifying the person is authorized to be here, along with the safety of being able to have insurance and to drive to jobs.

Bracco said New York State is considering the controversial measure of allowing undocumented individuals to obtain a driver’s license. There are 12 states, including Connecticut, that have approved similar legislation.

She said the reason why people from other countries continue to arrive in the United States is because there are jobs. Certain segments of the population rely on the labor, including for child care, allowing many suburban families to have dual income families.

About 5 percent of the nation’s workforce is undocumented, she said.

“The reason we have 11 million undocumented people is we have work for them,” Bracco said. “So we hire them. They come here to work and we have jobs for them.”

Juan, who was promoted to sous chef before taking a job at another area establishment as the breakfast chef, now works as a waiter at a Bedford restaurant. He also waits and hopes that one day he will be a citizen.

“I’m happy to be in this country and happy to find all these people like you guys who like us, and thank you so much for opening up to us in your country,” he said. 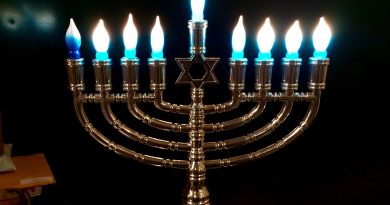