Skip to content
The Examiner
April 22, 2019 Martin Wilbur 504 Views 3 min read
We are part of The Trust Project

A sexually abused child has a difficult road to travel. For the past two years, residents of the JCCA’s Cottage School in Pleasantville who have been victims have had the services of the Center for Healing in hopes of recovering from their ordeal.

Launched in 2017, the center provides evidence-based clinical services for the sexually abused or commercially exploited youngster, said Jessie Boye-Doe, hired as the Center for Healing’s director the year before it opened.

Currently, there are 36 Cottage School residents between the ages of five and 21 years old who receive services, although the center also provides services for referrals from other JCCA facilities.

The scourge of sexually abused children and teenagers is so pervasive that even if the center had 100 specially-trained clinicians at its disposal, it would be unable to meet the needs of this population inside and outside of the school, Boye-Doe said.

“Unfortunately, child sexual exploitation is grossly under-reported because of the fact that it exists in an underground economy,” said Boye-Doe. “Many people believe that the children who are exploited are more often than not foreigners, which isn’t true. There are hundreds of thousands of U.S-born kids who are exploited yearly.”

One 2007 study, she said, concluded that there were about 2,200 children in New York City who are exploited annually. However, the nature of the problem lends itself to the numbers of sexually abused and exploited children being vastly underestimated, according to Boye-Doe.

A team of professionals work with the child and the family to help the victim develop coping skills. Each family has access to individual and family psychotherapy sessions. The child remains in treatment once the goals are achieved.

Comprehensive biopsychosocial, psychopharmacological, educational and medical evaluations are available. The program uses the Trauma Symptom Checklist for Children (TSCC) and the UCLA Trauma Inventory for the child and family. Psychological testing and substance abuse assessment and/or treatment are available on the campus by licensed substance abuse specialists, if needed.

A key factor for success in many cases is for the child’s family to be part of the treatment.

“In the past, we’ve held groups for the commercially sexually exploited and the attendance for parents has been relatively low,” Boye-Doe. “What we do here, when we work with parents is focus on sexual abuse and helping parents understand that their children have been victims of sexual abuse.”

In addition to the goal of treating youngsters who have been traumatized, the center’s other key component is to train medical professionals, social workers, educators or anyone who would or should like to learn more about child abuse identification, prevention and intervention, she said.

There are various workshops as well as off-site training for professionals throughout the metropolitan area.

“We do so many trainings and so many consultations that we’re impacting hundreds of kids every day,” Boye-Doe said.

The idea for the center developed about five years ago. At that time, the JCCA had had already established the Gateway program in 2008 for girls who were commercially exploited, said Boye-Doe, who has worked in Brooklyn and Stamford, Conn. as a victim’s advocate in the court system and directed a child advocacy center. However, there were many Cottage School residents who had a history of being victimized sexually or boys who had been trafficked that were not eligible for the Gateway program, she said.

Boye-Doe said a prevailing misconception is that only certain populations of minors are likely to be abused. But sexual abuse or exploitation can happen anywhere. If a youngster doesn’t feel loved at home or doesn’t have access to money for typical youthful material possessions like a cell phone these factors can be exploited.

As teenagers continue to mature, typically they develop more defenses but that is not always the case, Boye-Doe said. 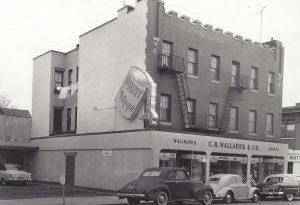