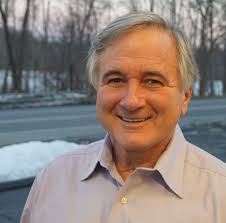 A Carmel councilman was fined $105,000 by his board colleagues last week stemming from violations connected with illegally hooking up a Mahopac restaurant to a town sewer district.

Supervisor Kenneth Schmitt and councilpersons Robert Schanil, Frank Lombardi, and Suzanne McDonough all voted on December 15 to slap Councilman Michael Barile with the civil fine. The estate of Thomas Boniello, Barile’s longtime business partner who died on May 27, was also included in the resolution.

Barile and Boniello were first cited by the town engineer on October 24, 2019 for using the Carmel sewer system for Blu at The Lakehouse Restaurant and Bar at 825 South Lake Boulevard in Mahopac even though the business is located outside the sewer district.

They were issued a second violation and an order to cease and desist on December 18, 2019 after it was discovered they had connected to an undisclosed and unapproved location within the sewer main.

In March, Barile and Boniello reconfigured the line under the observation of the town engineer, and on April 6 the New York City Department of Environmental Protection (DEP) approved the out of district connection.

Barile, a 45-year resident of Carmel, abstained from the vote but later addressed the issue near the end of the meeting.

Barile also revealed he visited Schmitt at the supervisor’s home on August 22 to find out what he had to do “to end this nightmare.” Barile said he offered to donate $25,000 apiece to the St. John’s and St. James’ food pantries, but maintained Schmitt told him he had to pay a fine.

He added after a few months of silence he learned there was a sheriff’s investigation for theft of services.

“I agreed on settling. At least the taxpayers get something back,” Barile said. “I truly believe some members of this board and past boards have selectively prosecuted me based on personal animosity. You guys can be the judge. You are smart people in this town.”

No board members responded to Barile.