Skip to content
Police/Fire The Putnam Examiner
November 4, 2021February 22, 2022 Rick Pezzullo Putnam County
We are part of The Trust Project

A man with a criminal history of stealing cars dating back to the 1980s could face up to life in prison after being convicted by a Putnam County jury last week of grand larceny and criminal possession of stolen property in connection with an incident in Cold Spring.

According to Putnam County District Attorney Robert Tendy, Derek Sloane stole a 2017 Chevrolet Silverado, owned by a small business in Cold Spring, on December 15, 2020, shortly after 3 p.m. The manager of the business witnessed the heist and quickly reported it to 911.

Sloane was apprehended about 20 minutes later by New York State Police and the Putnam County Sheriff’s Office while driving the stolen pickup truck in Peekskill.

Sloane is scheduled to be sentenced on December 21 by Justice Joseph J. Spofford, Jr. He could face 3 ½ to 7 years in state prison, or if the court finds him to be a persistent felony offender, up to 25 years to life. 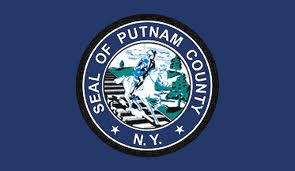