Representatives for the owner of the vacant Rite Aid property in downtown Chappaqua are expected to submit a parking study as official review of the 50 N. Greeley Ave. mixed-used project is set to begin.

The development team for property owner Don Feinberg returned to the Town Board last Wednesday for the first time since June, pitching a net-zero carbon emissions four-story, 45-unit building with ground-floor retail that would include a restaurant.

In its proposal to the town, the applicant signaled it will be looking for relief from the town’s parking regulations because of its car-sharing plan that will enable residents to rent an electric car by the hour, said Jeffrey Davis, a member of the development team.

There would still be one parking space per unit, but a resident would be able to comfortably live at the site without owning their own vehicle, he said.

“This is a building, built and developed for people who want to live in a net-zero carbon building that they don’t need to have a car, they want to hop on a train to go to the city, they want to rent a car-sharing car,” Davis said. “They don’t need a car here.”

Communities throughout the United States, including several in Westchester such as New Rochelle, Mamaroneck and Pelham Manor have all successfully lowered parking requirements for projects that including car sharing, according to Davis.

The applicant’s attorney, Philip Karmel, said his client will be seeking a targeted rezone, that would consist of any property of at least 33,000 square feet on North Greeley Avenue. It would also require a special permit from the Town Board in addition to site plan approval before the Planning Board, he said.

Karmel predicted it would have a limited impact on the town’s infrastructure and schools because the largest units would be two bedrooms. Current plans call for 21 one- and two-bedroom units and three studios, and would likely draw young professionals and empty-nesters.

“We don’t think it’s going to be a family-oriented-type development,” Karmel said. “Sure there will be some people, I’m sure, with schoolchildren, but I think the target market is people who live in the town that want to downsize, maybe their kids, or much younger people who are just starting out and are not ready for the whole shebang, a single-family house in the Town of New Castle.”

Town Board members requested the parking study be submitted in advance. They expressed some skepticism about whether the car-sharing proposal would be effective and if there would be enough parking in the area for residents who have cars and patrons of the restaurant and retail.

“Being realistic, I think those other towns like Mamaroneck and the other ones you’ve mentioned have a lot more infrastructure and retail around them,” said Councilwoman Victoria Tipp. “We just have a small town and a small hamlet, so people would have to get to other areas.”

Karmel said there is ample data they will provide outlining how the shared car approach limits the need for traditional parking space counts. Under the current plan, at least half of the spaces would have electric car charging stations, he said.

Supervisor Lisa Katz asked whether the developer would be amenable to building a structure on the municipal lot across the street on North Greeley Avenue. While that could be discussed, a parking structure does not promote the type of green construction that the project promotes, Karmel said.

There is also the possibility that the applicant would reduce the originally proposed 6,600 square feet of ground-floor retail to quell concerns about parking, he said. However, there would still be a diner or some type of restaurant to satisfy that demand.

The building will be composed of a mass timber construction that will allow it to be net-zero carbon, Karmel said.

Feinberg said with his family having owned the property for more than 50 years, they want to build something the town is proud of.

Officials could discuss the proposal again as soon as the Nov. 22 Town Board meeting provided the parking study is submitted to the town in time. 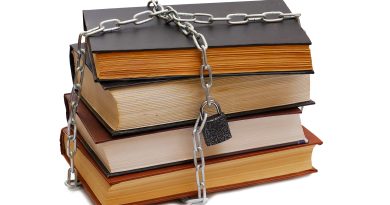