Skip to content
The Northern Westchester Examiner
May 10, 2017 Rick Pezzullo
We are part of The Trust Project

With an uncontested Board of Education race for two seats and a budget carrying no tax increase, voters in the Yorktown School District may think there is no reason for them to show up at the polls on May 16, but that mindset would be wrong.

On March 6, the Board of Education created a Capital Reserve Fund that needs voter approval for the district to set aside money to complete upgrades and necessary repairs to school buildings and facilities. The maximum amount that can be placed in the fund is $12 million and it must be used within 10 years. Any money left over would go into the district’s general fund.

Some improvements being considered in the district are: upgrading air conditioning on the second floor of Yorktown High School and the cafeteria and cafetoriums at Crompond, Mohansic and Brookside schools; replacing gym bleachers at the high school and the cooling tower at Mildred Strang Middle School; restoring high school school stage flooring; replacing flooring at Crompond school; and installing an emergency generator for district-wide network servers.

District officials stated a Capital Reserve Fund won’t increase the tax levy and eliminates the need for expensive bonding and interest payments, noting two prior bonds in 2001 and 2006 to complete facility improvements have cost taxpayers more than $16 million in interest to date.

Voting will be held Tuesday, May 16 from 7 a.m. to 9 p.m. at Mohansic Elementary School. Running unopposed for new three-year terms are board Vice President Michael Magnani and Trustee Anthony D’Alessandro. 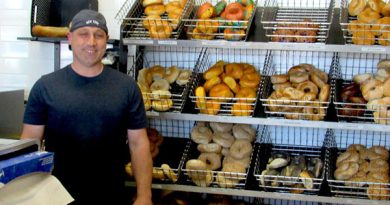 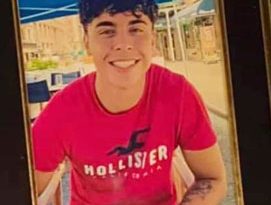