Skip to content
The Examiner
March 11, 2020 Martin Wilbur 1140 Views 3 min read
We are part of The Trust Project

Since last fall, Westchester County has launched an extensive outreach campaign to convince residents of the importance of responding to the upcoming 2020 U.S. Census.

One group of students in Byram Hills High School’s Global Scholars Program has taken on a project to help the neighboring community of Mount Kisco and its significantly large immigrant population be counted. Many immigrants may be leery of participating in the Census, fearing that information provided could be used against them.

The five-student team of 11th-graders, led by Social Studies teacher Jennifer Laden, have created a three-minute public service announcement video in Spanish with English subtitles urging everyone to respond. The video will be shown on a continuous loop at Neighbors Link, the Mount Kisco-based organization that provides services and education for the immigrant community.

“We thought the video was an easy idea and that we could use a lot of different people from the community to relay our message, and we know that if they did it they would be way more trustworthy than us just speaking to them,” said Lindsey Noel, one of the five students involved in the project.

Laden said that the seed for the idea was planted by Sean Ryan, a member of the North Castle Public Library’s Board of Trustees. He proposed last year that the local schools get involved in helping with the Census in some way since many of Westchester’s libraries were going to be part of a hub to dispense information to the public, she said.

She and her colleagues in the Global Scholars Program, Duane Smith and Melissa Stahl, met with Westchester Libraries System Executive Director Terry Kirchner.

Before beginning, some of her students didn’t exactly know what the Census was or its importance in determining governmental representation and federal funding to communities, counties and states across the U.S.

It is estimated that for every person not counted, it costs the community $2,500, said William Brady, a county planner.

“This would really be something where we kick off year two of the program and have the kids work collaboratively to use design thinking to address a real-world problem,” Laden said.

Nick Varsames, another student involved in the project, said once the team decided to work on a Census-related outreach project, they wanted to use social media to maximize their reach. The students decided on creating a video, and had to write a script based on research that they completed on the Census and find the most effective people in the community to help deliver the message, he said.

They reached out to Rebecca Sussman, director of parent education at Neighbors Link, for assistance.

“We talked to her about the video and she was for it from the beginning once we had that connection,” Varsames said. “We went to local businesses and the elementary school in Mount Kisco and we also worked with Fox Lane High School.”

Participants in the video, which was recently completed, include representatives from the Boys & Girls Club, Latino U., the Mount Kisco Public Library, the interfaith food pantry, Neighbors Link and students from Fox Lane High School’s AVID Program. Laden said her students partnered with Fox Lane program after she reached out to their teacher, Diana Sarna, a former colleague.

Picinich, who was one of about 20 different people in the video, said the impressive student-produced video could help bolster Census participation in Mount Kisco, which would have positive implications on the community. She said the video will be posted on the village’s Facebook page.

“Any assistance that we can get in helping to spread the word, we’re very happy to have participated,” Picinich said. “They did a wonderful job.”

Dylan Green, another student who worked on the project, said it was gratifying trying to help a community in need that’s so close to their school.

“I didn’t think it could that big an impact since so many people don’t fill it out, which is like mind-blowing, because either they don’t know about it or they’re afraid,” Green said.

All residents should begin receiving reminders and other information on the U.S. Census in the mail next week. For the first time, the Census can be completed online. Libraries across the county will serve as hubs for residents who need access to technology.

To view the video, visit https://www.youtube.com/watch?v=I0j44AjEXW0&feature=youtu.be. For more information on the Census, visit https://planning.westchestergov.com/initiatives/census-2020 on the county website. 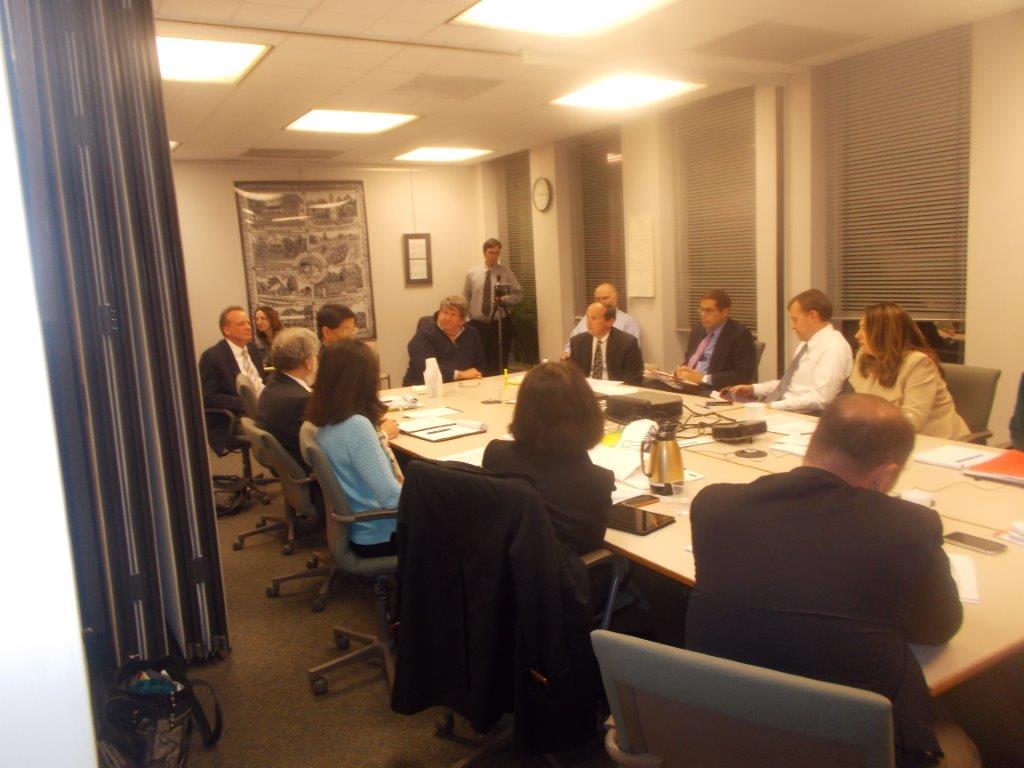 New Castle to Take Next Step in Chappaqua Crossing Process