Reeling from three consecutive losses to conclude the 2021 portion of their schedule, The Briarcliff Bears took the court on Thursday afternoon determined to get back to winning ways.

Using a big run in each of the first three quarters, the Bears wound up overwhelming archrival Pleasantville 81-49. Senior forward Elliot Jones connected on five 3-pointers en route to a game-high 27 points as the host Bears evened their record at 3-3 and erased the sting of the previous game on their home floor.

“We had a really, really tough loss to Fox Lane,” said Bears assistant coach Ezra Elliot, looking back on the 21-point defeat just before Christmas. “We got embarrassed on our home court and that doesn’t happen very often. So we wanted to make sure that we came back and got on track right away.”

That they did, grabbing a 12-0 lead before the game was even three minutes old. Jones opened the scoring 30 seconds after the tipoff with a put-back basket. A minute later, Ben Siegel made a steal and scored on a layup. Luke McCann soon followed with a short flip in the lane. Then came a 3-pointer from the right wing from Evan Van Camp, prompting a quick timeout by the Panthers.

Briarcliff’s early burst was capped off by a McCann steal and up-court pass to Saad Hussain for a reverse layup. The Panthers, who turned the ball over six times during the big Bear run, finally got on the scoreboard with a free throw by Maxwell Hall with 4:45 left in the opening quarter. Dom Matica, who led P’ville with 21 points, provided a pair of 3-pointers and a buzzer-beating fast-break layup that narrowed the Panther deficit to 17-9 after one quarter.

A Matica 18-foot jumper from the right baseline two minutes into the second quarter kept the Panthers within 25-13, but that was as close as they would get the rest of the day. Jones started and ended a 13-2 Briarcliff blitz over the next three minutes with 3-pointers from the top of the key. His layup on a baseline drive with eight seconds to go in the half sent the Bears to intermission with a commanding 44-22 advantage.

“Jones was lights-out and we just don’t match up that well with him in size,” said Panther head coach Bob Jordon. “We’re too inexperienced there. We have nine sophomores, just one senior and a junior or two that play. It’s hopeful that these are learning experiences for them and they grow on these. We will be better from this moving forward.”

The second half began with Panther point guard Daniel Picart making a nice feed to Etai Numberg for a layup. A conventional 3-point play from Matica with 6:11 remaining in the third quarter cut the Briarcliff lead to 46-27, just the kind of momentum swing Jordon was hoping for.

“What we told them was we just want to continue to battle, want to show some pride, fight into that lead a little bit and see where it goes from there,” he said. “And then hopefully in the fourth quarter, it’s a little bit tighter and we’ve got a shot.”

Unfortunately for the Panthers, after the bucket and free throw by Matica, they went scoreless for nearly four minutes.

Meanwhile, Briarcliff went on another huge run, this time scoring 14 straight points, starting with a Jones 18-foot jumper from the left elbow. Then Jones found Van Camp free on a backdoor cut for a layup. McCann and Jones soon took turns scoring the Bears’ next 10 points. By the time the Panthers’ Aidan Picart put an end to the Briarcliff run with a 3-point shot from the right corner, the Bears’ lead had ballooned to 33 points.

The final points of the game from Jones came eight seconds into the fourth quarter, stretching the Briarcliff margin to 70-35, when he drained a jumper from the top of the key with one foot on the line. By then, of course, the outcome had long since been decided and the Panthers, winners of four of their previous five games, were left to lick their wounds.

“If this is the baseline, let’s see how much better we get by the time we see them in February,” said Jordon. “Hopefully, it’s a little bit tighter. Also, they have a little bit of pride. They were a little humiliated out there and they’re gonna use that and hopefully battle with that.”

The Bears’ Elliot, moving over one seat in the absence of head coach Nick Friedman, who was missing because he has a newborn daughter to worry about, relished the way his team took care of business against the Panthers.

“I told the guys at halftime I was really proud that we came out and started the game the right way,” he said. “We didn’t wait around to get going. Right off the opening tip, we were ready to play.” 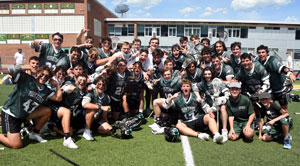