Skip to content
Generic SPORTS
December 13, 2017 Andy Jacobs
We are part of The Trust Project

With an explosive backcourt and formidable front line, the Briarcliff boys’ basketball team probably won’t struggle to put points on the scoreboard very often this season.

But to head coach Cody Moffett, if the Bears achieve their goals in 2017-18 it’ll be because of what they accomplish at the defensive end of the court.

The Bears’ attention to defense was on full display this past weekend as they emerged with the championship in the 18th annual Briarcliff Booster Club Basketball Tournament. All-tourney players Miles Jones and Spencer McCann combined for 26 points and the Bears’ stingy defense kept Fannie Lou Hamer off the board for nearly the first five minutes in a 47-37 win in Sunday night’s snow-delayed title game.

“I thought our defensive effort was what won this game today,” said Moffett afterwards. “It was very impressive. The defense was really our calling card and I thought we did well from a defensive standpoint.”

Briarcliff never trailed all evening, though Fannie Lou, a team from the South Bronx, did manage to tie the contest three separate times in the opening quarter. A layup by McCann 45 seconds into the second period, on a nice feed from Taijon Tribble, gave the Bears a 10-8 edge and they never relinquished the lead the rest of the way.

The Bears, clinging to a 17-15 lead at halftime, opened the third quarter with a 9-2 run, capped by successive steals and layups by tourney MVP Jack Ryan and Jones. The Panthers answered with their own 6-0 burst, but they couldn’t get any closer than three points the remainder of the night. A thunderous dunk by McCann on a Fannie Lou turnover with 3:13 left in the game stretched Briarcliff’s lead to 40-30 and all but clinched the victory.

“I thought Fannie Lou’s defense was very impressive,” said Moffett. “I mean, seeing it from the stands (during the opening round vs. John Jay), you know they’re a very good half court defensive team, even full-court press as well. But, obviously, when you get involved in the game it’s a little different. We talked about that beforehand and I thought for the most part we started to handle it once the game started to move along.”

Fannie Lou’s 6-0 spurt midway through the third quarter had narrowed Briarcliff’s lead to 26-23. But Ryan soon threw a length-of-the-court pass to Jones for a fast-break layup and McCann scored on a put-back to build the Bears’ margin back up to seven points. When Ryan misfired on a jumper in the final seconds of the quarter, teammate Tucker Wexler was underneath for the put-back bucket that enabled the Bears to take a 32-27 advantage into the final period.

The fourth quarter began with the Bears getting a couple of inside baskets from Jackson Gonseth in the midst of an 8-3 run that concluded with the crowd-pleasing dunk from McCann. Four straight points from Charles Davis, who led Fannie Lou with 19, then cut the Briarcliff lead to 40-34 with 2:15 to go.

But Ryan answered with a 10-foot runner from the left baseline while getting fouled. He added the free throw, and soon afterwards an acrobatic layup from sophomore A.J. Panarese gave the Bears their largest lead of the night, 11 points. By then it was apparent the visiting Panthers, who missed seven of their 10 fourth-quarter free-throw tries, would have to settle for the tourney’s runner-up plaque.

“They’re an athletic team, they get up,” said Moffett about the vanquished Panthers. “I think their athleticism surprised us at times. But we’ve got to realize that every game, no matter who you’re playing, you’ve got to bring it.”

That’s exactly what the Bears did in their first game of the new season, Friday night’s first-round matchup with the Edgemont Panthers. They outscored them 19-4 in the opening quarter and cruised to an 81-36 win. A hot-shooting Ryan scored 16 first-half points on his way to a game-high 26. Gonseth finished with 15 points, while McCann added 10 for Briarcliff, which outscored the overwhelmed Panthers by a 50-18 margin in the second half.

“Just very excited about our defensive effort,” said Moffett, asked about his initial impressions two games into the season. “As long as that continues to improve, we should do some really positive things this year. Looking forward to preparing for Nyack now. One game at a time, a brick-by-brick mentality. That’s all we’ve been preaching to the guys.” 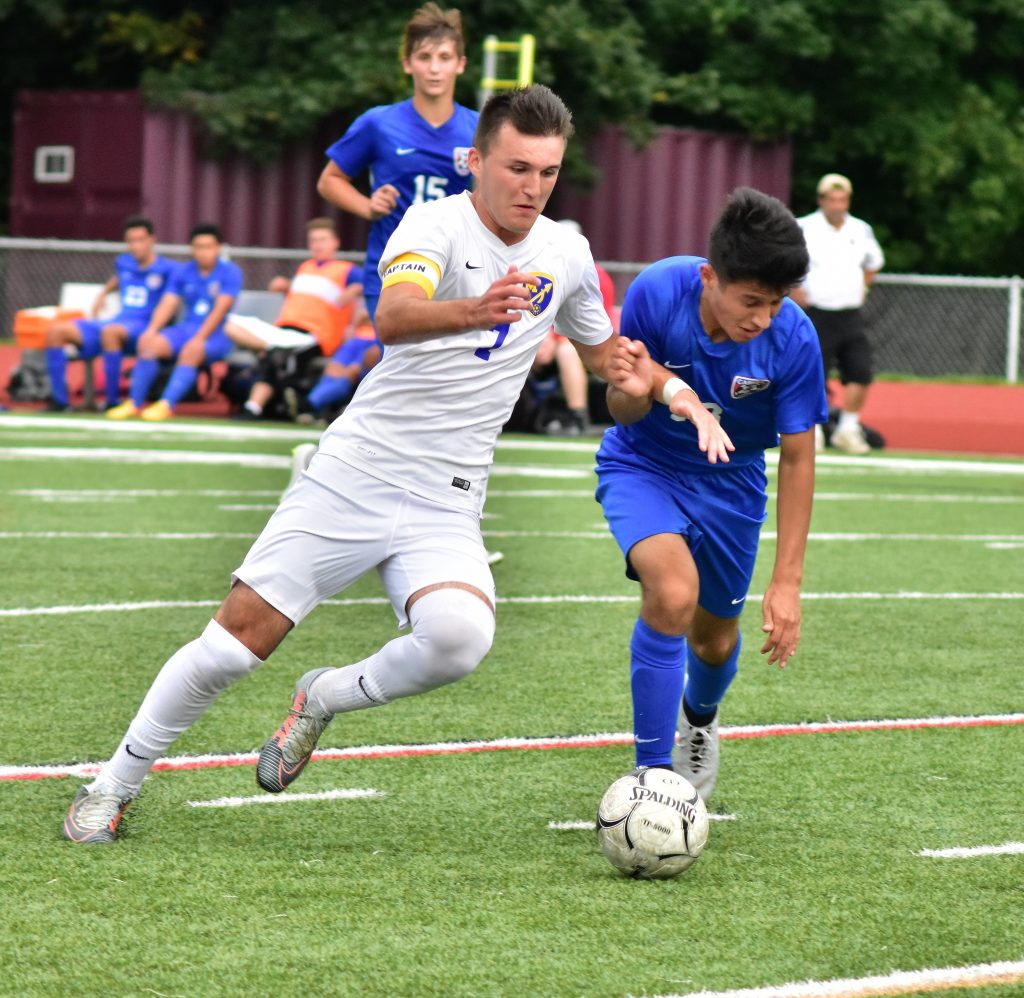 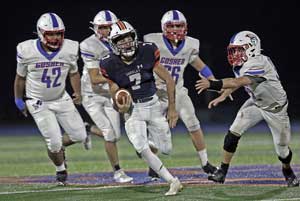