Skip to content
The Examiner
July 22, 2015 Martin Wilbur Brewster, New Castle
We are part of The Trust Project

A 26-year-old Brewster man was killed in a one-car accident early Tuesday morning in New Castle after he lost control of the vehicle he was driving on Route 133.

The man was identified Tuesday night as Kristopher Stephenson, authorities said. He was driving toward Mount Kisco at about 1 a.m. in the vicinity of High Meadow Road in a 1999 BMW when the crash occurred.

No reason was given by police as to why Stephenson lost control of the car. He was pronounced dead at the scene.

Reports stated that the car knocked over two utility poles. Route 133 was closed between Seven Bridges Road and Longview Lane to allow Con Edison crews to tend to the poles.

New Castle police sent out an alert shortly before 8 p.m. Tuesday that the road had been reopened.

Children Need More Sleep, But When Do They Have Time? 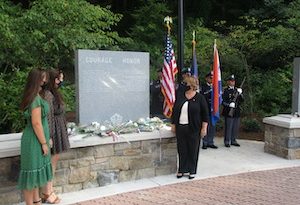