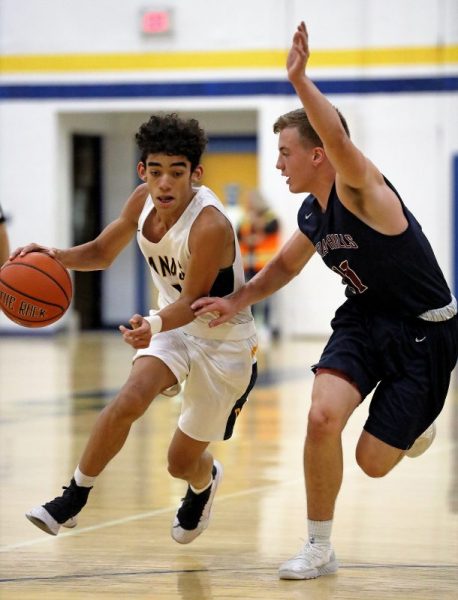 Heart & Soul Required to Make up for Scoring Death

Somebody has to tell it like it is in this neck of the woods, and for the better part of three decades, that task has fallen right in the lap of this scribe when it comes to local athletics.

So, what I’m about to say shouldn’t be taken personally, it’s just like they said in Hollyweird’s version of ‘The Irishman’: It is what it is.

The fortunes of boys’ basketball fanatics in and about the Northern Westchester/Putnam County region may rely on something other than talent this season. There may be a shortage of pure scorers, which is often cyclical, so it appears as though heart and soul will be the determining factors this winter, so the team that brings the most of those two intangibles will likely be the unit that makes the most noise.

Heart and soul: The utmost of one’s energy, enthusiasm and determination could decide the League II-C title; where teams like Panas, Yorktown, Brewster and Somers will take a run at Lakeland. With senior swingman Jack Kruse leading the way, Coach Steve Fallo’s Hornets could be one of the few teams in these parts to average more than 55-60 points per game this winter while many of the others, including Class AA clubs like Ossining, Mahopac and Carmel, plus Class B’s Putnam Valley, may struggle to hit 50 on occasion.

The early indicators tell us that points will be at a premium this season, so you best be ready to defend the rim, get after every loose ball and drain clutch shots down the stretch…

The 24th annual Michael DePaoli/Somers Basketball Tournament was a perfect example of heart and soul on full display. With host SOMERS (2-4) and MAHOPAC (2-2) battling it out for tourney bragging rights on Saturday, neither could score the ball consistently, but it was Coach Tom McMahon’s Indians who gutted out the 42-39 double overtime victory. Mahopac swingman Luke Syku (11 points) secured tournament MVP honors and the McMahon boys delivered the points; with Matthew McMahon (11 points) and All-Tournament selection Patrick McMahon (10 points) leading the way. Pat McMahon’s baseline trey with :11 left in the second OT was a difference-making shot.

That said, the teams combined for just 81 points, including the two extra sessions, so it wasn’t pretty, but the Indians gutted out a close one.

“I was very happy with the mental toughness our guys showed,” Coach McMahon said.

Mahopac reached the finals after knocking off Kennedy Catholic, 56-45, in the opening round behind 14 points from Syku, including a big 3.

Tuskers Dylan Berliner and Henry Gilroy were named to the All-Tournament team for Somers, which knocked off YORKTOWN 47-30 in the opening round Friday.

LAKELAND (2-2) has won its last two, including an 82-68 win over Bronxville behind Augie Karaqi’s career-high 28 points. Kruse added 13 points and 15 boards. Michael Arcure chipped in 12 points for the Hornets while Aidan Welcome and Rob Nardelli each dropped a dime. Lakeland’s problem isn’t scoring points, it’s stopping the opposition. The height-challenged Hornets can run-and-gun, but finding a defensive scheme that works for them will be the challenge.

“That’s our challenge, to get better defensively,” Kruse admitted. “All we’ve been focusing on is defense and rebounding.”

Panas point guard Alex Tavarez burst onto the scene in the Panthers’ 57-31 opening-round win over Woodlands, going for three and-one finishes in the second quarter alone and scoring a career-high 17 points. The freshman showed major handles, the ability to create his own shot and finish. Panas Coach Mike Auerbach might have been easing him in, but the cat is out of the bag on this kid.

“He’s a very good ball handler and can get to the basket,” Auerbach said. “He’s got a good mid-range game, floaters, and he finds a way to get a good shot off in traffic. His outside shot has improved a ton too since last year. He’s good enough from 3 to keep teams honest. He’s very lanky for a ninth grader. He can be disruptive defensively with his length. He anticipates well, too. He can get you two or three steals a game guy right now.”

Caleb Evans (12) and Arturo Macchia (10) were also in double figures.

You know what oughta be a lot of fun this winter? Each time Lakeland and Panas square off…

CARMEL (3-3) knocked off host BREWSTER (0-3) Saturday, 51-48, behind some clutch shots down the stretch. Drew Fiore went for a career-high 18 points while Jared Garcia added 14, including the go-ahead hoop…

PEEKSKILL (2-3) finished a disappointing fourth place in the Fox Lane tournament, losing to both Fox Lane and John Jay. Antonio Taylor finished with 20 points against both Jay and the Foxes, who held the Red Devils to just 45 points…