Election 2022 The Putnam Examiner
November 2, 2022 Rick Pezzullo Kent
We are part of The Trust Project

Voters in the Town of Kent will have two candidates to choose from Nov. 8 to fill a vacancy on the Town Board. The open seat was created in Sept. when Councilwoman Noelle Botte announced she was resigning to move to Florida. Stepping forward to vie for the position are Shaun Boyd on the Republican and Conservative lines and Democrat Simon Carey.

Boyd, 53, is a 1987 graduate of Carmel High School and the father of two sons, Nicholas, 27, and Eric, 26. His family has lived in Kent since the early 1970s and has a family business called Boyd Artesian Well Company and H2O Services, which he started in 2004.

Carey, a surveyor with Skanska U.S. Civil for 22 years, moved to Kent 20 years ago. For the last four years, he has been a member of the Kent Planning Board. He recently became a member of the Putnam County Industrial Agency Board of Directors. He is also on the committee for the Town of Kent Natural Resources Inventory.

While the District 5 seat on the Putnam County Legislature is being hotly contested between Republican Greg Ellner and Democrat Maureen Fleming (see special Election Preview Section inside), two other seats up for grabs are not drawing much interest for different reasons.

In District 6 (Southeast), incumbent Paul Jonke is running unopposed for a new two-year term. Meanwhile, in District 9 (Carmel/Mahopac), Republican-endorsed candidate Erin Crowley and board Chairman Neal Sullivan will both appear on the ballot, but Sullivan is not running an active campaign. His name will appear on the Conservative line due to a technicality, although Crowley has received support from Putnam Conservative leaders.

Crowley, a married mother of a teenage son and identical triplets, is the founder of the Hope Chest Sisters, a nonprofit organization that provides support and advocacy for domestic violence victims. During the early stages of the COVID-19 pandemic, her Mask Maker’s Guild distributed more than 30,000 pieces of personal protective equipment to frontline workers, and she was recognized by State Senator Pete Harckham as a “Hometown Hero.”

The owner of a small business in the business industry, Crowley ran unsuccessfully last year for a seat on the Carmel Town Board, losing in a GOP primary. 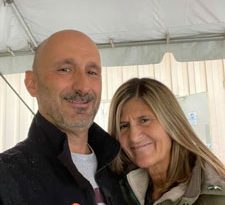