Voters in local school districts will have plenty of choices to make when they head to the polls on Tuesday, May 18 as all board of education elections in northern Westchester will be contested.

The Croton-Harmon School District has the most candidates on the ballot, with eight individuals seeking three available seats.

Vice President Brian Loges is the lone incumbent in the race as Trustee Andrea Furey is not seeking another three-year term. There is also currently a vacancy on the seven-member board.

In Lakeland, where there has been some division over how the district has handled in-person and at-home instruction this year, seven candidates are vying for three seats.

Board President Michael Daly is looking to return for another term, as is Trustee Angela Conti. Trustee Karen Pressman is not running for reelection.

Looking to join the board for the first time are Tatyana Krychkina, Marisa Ragonese, Carmella Pervizi, Vincent Xavier and Anna Massaro.

In Ossining, five candidates are running for two seats, with Trustee Katherin Crossling being the only incumbent in the race.

There are also five candidates jockeying for two seats on the Somers Board of Education. Trustee Heidi Cambareri is hoping to return, but Trustee Michael D’Anna is calling it quits.

In the Hendrick Hudson School District, two seats are up for grabs. Trustees Laurie Ryan and Mary-Pat Briggi, who cast the lone votes against the district implementing the Princeton Plan in the 2022-23 school year, are not running for reelection. Instead, Ryan is running for Cortlandt Town Supervisor in November.

On the ballot are Alexis Bernard, Sarah Rubin, Lukas Deikis and Jennifer Bakker.

Meanwhile, in Yorktown, two board incumbents, Peter Bisaccia and Jackie Carbone, the board president, are looking to fend off the challenge of Richard Giannasca.

In Peekskill, board President Allen Jenkins and trustee Pamela Hallman-Johnson are running unopposdd for reelection.

The annual budgets will also be presented for voter approval on May 18. Polls are open from 7 a.m. to 9 p.m. 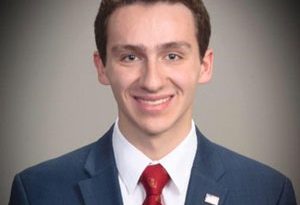 Curzio Looks for Comeback on Carmel Board of Education: ‘I Want to Give Back’