Mazurek and Matlin, who ran as a ticket, picked up 1,425 and 1,360 votes, respectively, finishing ahead of Bauscher, who received 1,124 votes in a run for a second term. Namasha Schelling finished fourth with 952 votes. Two board seats were at stake.

Current board President Collette Dow opted against running for a third term.

Elsewhere, Cailee Hwang defeated Ellen Exum 796-450 in a race for the Chappaqua board seat that has been held by Vice President Holly McCall. McCall did not seek re-election because she is running this fall for New Castle supervisor.

In Pleasantville, Emily Rubin Persons was elected to a fourth term and will be joined on the board by newcomer Michael Busch. Busch finished first with 668 votes, followed by Persons with 641. Sara Hukkanen collected 519 votes. Current board President Lawrence Boes did not run for re-election.

Chappaqua voters okayed the proposition to transfer $600,000 for the Horace Greeley High School project 1,243-77. On the same ballot, the Chappaqua Library budget was approved 1,245-80 and Shohreh Anand defeated Karin Sobeck 660-500 for the library board. 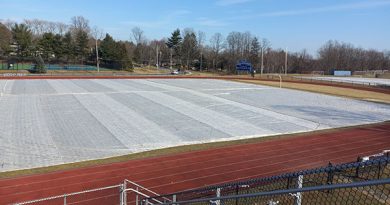