Site plan review for a proposed 43-unit luxury apartment project at the former Mariani Gardens site in Armonk could begin early next year if a bankruptcy court judge accepts a settlement among the parties.

Attorney Anthony Veneziano told the North Castle Town Board last Wednesday that the principals are scheduled to appear before Judge Robert Drain in U.S. Bankruptcy Court in White Plains on Nov. 19 where it is anticipated that the deal will be accepted. Veneziano requested a one-year extension for the special use permit from the board, but officials decided to shorten the extension to three months pending the outcome of the bankruptcy court proceedings.

“It’s not a guarantee but another builder would really have to pay quite a bit,” Veneziano said of the likelihood of the financial matter being resolved. “That’s the one factor, somebody would have to bid it up.”

However, the attorney acting as the trustee for the new partnership put the order before the judge to sign it, so both sides are looking forward to the matter progressing, he said.

Personal disputes between the partners as well as the apparent financial troubles of Mark Mariani, one of three members of the 45 Bedford Road LLC partnership that served as the applicant, has delayed 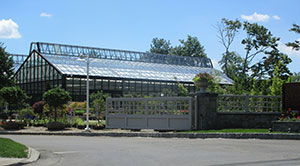 site plan review since the controversial June 2019 rezone of the 4.1-acre site on Bedford Road. Later in 2019, the applicant also received a special permit from the Town Board.

Veneziano said that the mortgage for the half of the partnership that belonged to its other two members has been paid off. On Nov. 19, the parties hope that the remaining 50 percent of the mortgage that belongs to Mariani will be released from bankruptcy to the new entity, NCD Acquisitions, he said.

The new six-member partnership is looking to pursue site plan review with hopes of building the project as it was approved.

Veneziano declined to disclose the financial arrangements between the players following a question from Councilman Jose Berra.

Town Board members were mostly in agreement that an extension of the special use permit was warranted but hesitated to allow a full year with the ownership still in flux. Councilman Barry Reiter suggested 60 days, but with that time period ending right around the holidays, the board opted for three months.

“I would be favorable to do an extension; not a year but on the shorter end,” said Councilman Saleem Hussain. “That way we can see how this evolves and make the right decision.”

Berra, who opposed both the rezone and the special use permit, pressed Veneziano on whether the town would be receiving accelerated payments as part of the $1.25 million Community Benefits Agreement (CBA). Although the first $250,000 had been paid in August 2019, there was a provision in the agreement for accelerated payments under certain situations.

The owners are required have to pay the CBA in full in order to build should they receive site plain approval.

Berra said the town should be protected if the new owners try to evade some of the provisions.

“I’m really going to want assurances that there’s 100 percent transfer to the interests and that the CBA will be accelerated,” said Berra, who eventually abstained from last week’s vote. “I really think that we should be getting that right now, making it a condition because we know that transfers can be done in a certain way.”

Veneziano pushed back, saying that if under the agreement the town has a right to accelerated payments, then the new owners will abide by that.

“You can’t extort this money, if you don’t have a right to it,” Veneziano said. “That’s what this is, give me a million dollars I’ll give you an extension.”

Supervisor Michael Schiliro said he was comfortable with the shorter extension. If the board wouldn’t extend the permit, the town would not be in an improved situation, he said.

The property has become unkempt over the past two years as the ownership squabbles have played out.