Skip to content
The Examiner
July 29, 2014July 29, 2014 Martin Wilbur Armonk, North Castle
We are part of The Trust Project

Armonk developer Michael Fareri has proposed a revision to his previously approved multifamily residential project at the old lumberyard on Bedford Road that would include acquiring an adjacent parcel and adding a second building.

Fareri, who received planning board approval in May for a 24-unit, three-story structure, plans to construct another two-story building containing 14 units on the nearly half-acre Green property. He is currently in contract to purchase the land.

The larger building, which would be shifted to the opposite side of the combined lot, would be reduced to 20 units, while the five affordable apartments originally slated for that building would be moved to the second structure. The 14 units would contain 10 two-bedroom units and four three-bedroom apartments.

Difficulty in securing financing for a building that contains both market-rate and affordable condominium units has forced the change, Fareri said. Earlier this year, the North Castle Town Board adopted a model ordinance stemming from Westchester County’s affordable housing settlement with the federal government whereby any residential project of eight units or more must have at least 10 percent of the residences set aside for affordable units.

However, in approving the model ordinance, North Castle officials required that Fareri’s .8-acre former lumberyard property, rezoned in 2010 from roadside business to a single-structure residential multifamily zone, must have 20 percent of its units affordable in exchange for greater allowable density.

“The problem we had with that approval where the town changed its code is the building became unfinaceable,” Fareri told the board last week. “It’s very difficult to finance affordable and market-rate units (together).”

At Fareri’s request, the town board last week voted to declare itself lead agency on the new plan and to refer the matter to the town’s planning board and the county planning department. He hopes to fast-track the project with an eye on breaking ground during this year’s construction season.

Fareri’s original project was approved May 19, five days after the town board adopted the ordinance. Until final approval, the developer was working under the assumption that he would be required to set aside 35 percent of the units–nine residences–as middle income units (MIU), a longtime town program to encourage the construction of workforce housing. The affordable housing ordinance now takes precedence over all future construction.

During last week’s discussion, Fareri said he would need the Green property, also currently zoned roadside business, to be similarly changed to the multifamily single-structure zone.

However, unless the town is willing to show some flexibility in the number of affordable units, it jeopardizes the construction of much-needed housing close to downtown. Fareri said he’s willing to build the previously agreed to five units–four apartments based on the new 20 percent requirement and an additional unit at the 10 percent rate. The smaller building would be financed by Fareri out of pocket, he said.

Under the town’s new ordinance, it is believed seven of the 34 units would be affordable.

“The advantage of changing the zone and to allow this to be done is it gives the town an awful lot of flexibility,” said Fareri, who mentioned that he was able to obtain financing under the MIU program. “It allows both buildings to get built. If the town doesn’t entertain the zoning (change), it would be doubtful that the lumberyard project, as it’s been approved by the planning board, would get built because it can’t be financed.”

Fareri also said by having nine market-rate units available in the second building along with affordable units, other developers with projects in the pipeline, such as the Brynwood Partners or Frank Madonna, could buy those units to satisfy their affordable housing requirements.

However, town officials last week said they already made a concession to Fareri to reduce his burden from the 35 percent threshold required under the MIU program to the 20 percent affordable units in the multifamily zone.

Councilman Stephen D’Angelo said that despite the higher percentage of affordable units asked of him, Fareri is ending up with more market-rate units.

Supervisor Michael Schiliro questioned whether the difference in calculations would be a deal breaker.

“You wouldn’t be able to build it with the two extra affordables?” Schiliro asked. “The difference here is between five and seven.”

But Town Attorney Roland Baroni said the reason why Fareri received the zoning change to the denser multifamily single-structure was to provide more affordable units.

“That’s how you end up with the density of 27 market rate units on less than two acres,” Baroni explained. “Where else in this town does anybody have that density? Not even remotely close. You get that density because of the affordable requirement.”

Schiliro said the town would clarify the exact number of required affordable units.

Fareri said another option was to build the already approved project and sell it to a developer that specializes in affordable housing and convert all units to affordable.

The application has been added to the planning board’s Aug. 4 agenda. The town board could schedule a public hearing on the Green property rezone for its first meeting in September. 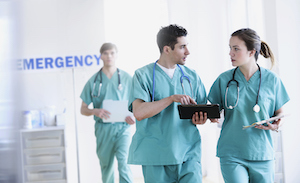 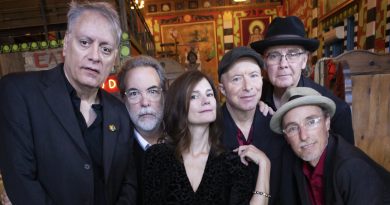