Skip to content
The Examiner
November 9, 2011 Martin Wilbur Armonk, North Castle
We are part of The Trust Project

In the town board race, Democratic incumbent Michael Schiliro and Republican Stephen D’Angelo outlasted Republican newcomer Matt Rice and Democrat Christopher Carthy. Schiliro was leading with 1,291 votes followed by D’Angelo’s 1,157, according to the Board of Elections. Rice was running a very strong third, collecting 1,096 votes while Carthy picked up 906.

Although appearing on separate major party lines, Schiliro and D’Angelo ran with Weaver on the newly created Alliance Party, a fusion of Republicans, Democrats and independents who banded together to try and prevent Arden’s wing of the Republican Party from seizing control of the town board.

As he was coasting to victory, Arden said that he felt a groundswell of support in the campaign’s final days, as voters became weary of the divisive tactics that had been employed by the Alliance Party. They also wanted to see more professional management in town, he said.

The general election victory marked the second time Arden defeated Weaver head to head this season. He nipped Weaver by 17 votes in the Republican Party but it wasn’t close on Tuesday night. In the moments after his defeat became apparent, Weaver was at a loss to explain the results and said he respected the will of the voters.

“The people voted, that’s the way they decided and if they think someone (else) can do a better job that’s okay,” he said.

Arden said he was pleased that along with council members Diane Roth and John Cronin, who had been repeatedly outvoted on key issues on the split board during the past two years, that positive changes can be made for North Castle despite there still being divided allegiances.

“I’m a person that can work with anybody,” Arden said. “I’m a very easy going guy and we’ll be meeting more often together before we come forward and we’ll make sure that all the members of the board are well informed before we step up there and face the public.” 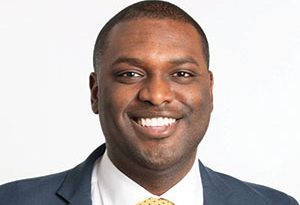