More than a month into the 2021 season, the Pleasantville football team was faced with its biggest hurdle on Saturday afternoon — a foe from Bronxville led by dynamic senior quarterback Conor O’Neil.

Even though O’Neil provided spectators with plenty of highlights, it was the host Panthers who celebrated first and last. They scored an 80-yard touchdown on their initial play from scrimmage and eventually emerged victorious after John McCarthy booted a 22-yard field goal with just over two minutes remaining that was the difference in a 25-22 win.

Despite 231 yards passing from O’Neil to go along with several jaw-dropping escapes from Pleasantville pressure, it was four turnovers by the Broncos that derailed their fast-paced offense and helped the Panthers roar back from behind at a cloud-covered Parkway Field to remain unbeaten and improve to 5-0.

“I mean, listen, he has it all, obviously,” said Panthers head coach Tony Becerra after watching his team frantically try to slow O’Neil down every time Bronxville had the ball. “But he’s also got kids to throw to and then when you couple that and focus on everything else, then you’ve got 44 (Tommy Garofalo) running hard.”

Garofalo finished the day with 136 yards on the ground and a pair of touchdowns. His second one, from three yards out with 6:55 to go in the third quarter, gave Bronxville a 22-14 advantage. But the Panthers quickly responded with a six-play, 53-yard drive capped by a dazzling cutback 25-yard touchdown run by Daniel Picart. Moments later, Picart carried the ball into the end zone again for the two-point conversion that tied the contest and set the stage for a dramatic fourth quarter.

It was Picart who was also on the receiving end of a 37-yard touchdown pass from Michael Lacapria three and a half minutes into the second quarter shortly after teammate Owen Mooney had recovered a Bronco fumble. Late in the half, Picart picked off a long pass from O’Neil in traffic and returned the ball nearly to midfield as time expired.

“He’s a special kid on the football field,” said Becerra of his sophomore star. “We’re fortunate to have him for this year and two more years. As we get into the postseason, we’ve got to start developing some depth because teams are just gonna key on him and we’ve got to be able to rely on other guys.”

Senior Kieran Cotter is certainly another Panther who won’t be ignored by future opponents. He electrified the Panthers fans by bolting 80 yards for a touchdown on Pleasantville’s first play of the afternoon just three minutes after the opening kickoff. McCarthy provided the extra point and Pleasantville seized a stunningly quick 7-0 lead.
But later in the first quarter, Cotter was stopped short on a fourth-and-one try and Bronxville took over at its own 27-yard line. A 40-yard jaunt by Garofalo down close to the goal line was immediately followed by his one-yard touchdown run. The multitalented O’Neil then ran left into the end zone for a two-point conversion that gave the Broncos an 8-7 edge with 4:24 left in the quarter.

The Broncos then took advantage of a Panther turnover on the kickoff. O’Neil connected on a 10-yard pass to Chris Kelty in the end zone to complete a six-play, 40-yard drive. On yet another two-point try, O’Neil escaped a tackle and tossed to Luke Stephens to give Bronxville a 16-7 lead nearly 10 minutes into the game.

“Well, thankfully those happened early in the game where you don’t have to press the panic button just yet,” said Becerra of the Broncos’ pair of two-point conversions. “So we were able to bide our time and get to a position where we could get close and then eventually go ahead with a field goal.”

Pleasantville got a big break early in the second quarter when an errant snap from center caromed off the helmet of O’Neil and Mooney fell on the football. Three plays later, Lacapria lofted a perfect pass into the arms of Picart in the right side of the end zone. The PAT from McCarthy narrowed the Panther deficit to 16-14.

The Broncos increased their precarious two-point halftime lead when Garofalo powered his way past the goal line on a three-yard run nearly midway through the third quarter. But O’Neil’s pass on the two-point attempt fell incomplete and Bronxville had to settle for a 22-14 margin.

Just three and a half minutes later, Picart hit the brakes behind the line of scrimmage, shifted to his left and found his way to the sideline en route to his second touchdown of the day. His follow-up, two-point-conversion run tied the score with 3:29 left on the clock in the third quarter.

O’Neil was moving the Broncos’ no-huddle offense up the field midway through the final quarter when Mooney stepped up again, intercepting an underthrown screen pass intended for Garofalo. The Panthers took over at the Bronxville 47 and they slowly advanced the ball over the next three minutes all the way to the 5-yard line.
On fourth-and-three, Becerra summoned McCarthy to attempt a field goal. His 22-yard kick easily cleared the crossbar, giving the Panthers their first lead since the opening quarter.

“I have full confidence in John McCarthy kicking,” said Becerra. “With this kid, yeah, he could’ve gone for more.”
But there was still 2:09 left on the clock and one of the most dangerous players in the section to deal with. O’Neil returned the kickoff to his own 33, but heavy pressure from the Panther defense soon left him facing fourth-and-five with 1:22 to go. His long pass to Kelty fell incomplete, sealing the Broncos’ fate.

Afterwards, Becerra was extremely relieved his team had been able to prevent O’Neil from leading a last-minute, game-winning drive.

“It doesn’t matter — down or distance,” he said. “It could be fourth-and-25, if that kid has the ball in his hand, you’ve seen all day, him scrambling and throwing deep downfield, anything can happen. Anything. If we have to see Bronxville again in the postseason, it’ll be a tough matchup again. I wouldn’t look forward to that.” 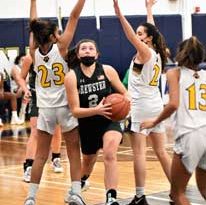 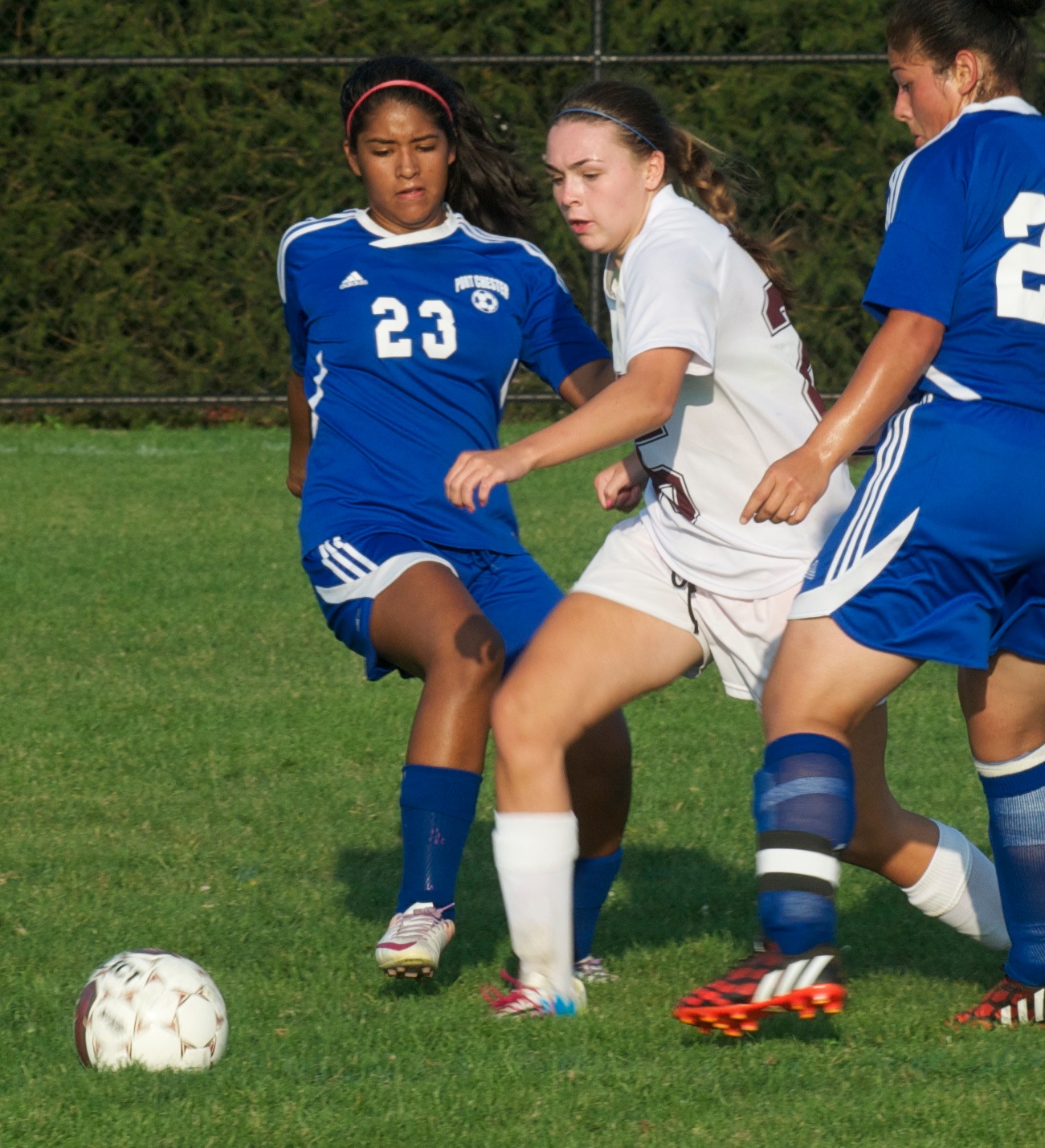