Voters nationwide have spent countless hours waiting in line over the last week to cast their ballot for the 2020 Election and now the time has come to tally them up and declare a winner.

Stick with Examiner Media as we provide updated results for each race listed below.

Former Westchester County executive Rob Astorino’s lead over Democratic incumbent Peter Harckham in the 40th Senate District race has narrowed to about 7,400 votes with at least 35,000 absentee ballots to be counted districtwide.

Overnight, the Board of Elections completed the count of the in-person early voting and Election Day tallies, giving Harckham a 3,685-vote lead in Westchester County with 100 percent reporting. Harckham is in front 45,881-42,196. Astorino had led by nearly 8,300 votes in Westchester shortly after midnight and by more than 19,000 districtwide before the remainder of Westchester’s machine vote was counted.

“Deeply grateful for my victory and all the support from so many and for the opportunity to continue to fight for the people of the 37th Senate District!” Mayer said in a Facebook post Wednesday morning. “We worked hard to ensure our voice would continue to be heard.”

In the 41st state Senate race, Sen. Sue Serino led by just over 19,000 votes in the district that covers Putnam and Dutchess. Due to the overwhelming lead, Smythe in a Facebook post Wednesday morning said she called Serino to officially concede, noting that there aren’t enough absentee ballots to make up the difference.

“I’ve said many times that this has been a campaign year like no other, so I am only sorry that I am not able to see each and every one of you in person to thank you for all you have done,” Smythe said. “Together, we helped elevate many important issues facing our communities. You have made hundreds of thousands of calls and texts and donated money, time, and energy to our campaign. I will remain forever grateful.”

A race that is too close to call is the 38th state Senate District, which includes Ossining and a significant portion of Rockland County. Democrat Elijah Reichlin-Melnick led by 3,993 votes in Westchester but his Republican challenger Bill Weber led by 7,158 votes in Rockland.

“Thank you all for the tremendous out pouring of support and congratulations I am receiving today,” Weber said in Facebook post. “While we remain very optimistic that our margin will hold, there are still many absentee ballots that need to be counted. We are committed to ensuring that every vote is counted and confirming our victory.”

Reichlin-Melnick, also in a Facebook post, noted that there’s between 32,000 to 40,000 absentee ballots that have not been counted, representing up to 29 percent of the total vote.

“These ballots, as we noted yesterday, are extremely likely to put us in the lead for good once they’re counted since there are more than three times as many absentee ballots submitted by Democratic voters than by Republicans,” he said. “While my opponent was busy prematurely declaring victory last night, he’ll soon discover that you can’t call the outcome of a game after the third quarter.”

Galef, who is looking for her 14th term, has amassed a 10,000-vote lead in Westchester and led narrowly in Putnam by 166 votes over Republican challenger Lawrence Chiulli.

State Assemblyman Kevin Byrne was elected to a third two-year term in District 94, handily defeating Democrat Stephanie Keegan, a resident of Heritage Hills in Somers. According to the Putnam County Board of Elections, with 100 percent of the votes tallied, Byrne received 20,937 votes (67%) to 10,109 (33%) for Keegan.

According to the Westchester County Board of Elections, with 42 of 61 election districts reporting, Byrne received 73% of the votes cast. District 94 includes Brewster, Carmel, Southeast, Putnam Valley, Somers, and Yorktown.

Chris Burdick appeared to be on his way to victory in the 93rd Assembly District. Burdick, the Democratic supervisor of Bedford, led Republican John Nuculovic by more than 11,000 votes.

“Although the results will not be official for at least several days, it’s clear that I have won my race for NYS Assembly,” Burdick said in a Facebook post. “Be assured that I will work tirelessly. I will be open, transparent, and in constant touch. My door is always open, and I am always willing to help.”

Democrat Mondaire Jones has won the 17th Congressional District race after the Associated Press officially called the race in his favor late Wednesday morning. Jones, who will become the first openly gay Black member of Congress, thanked the voters of the district for giving him his historic victory.

“I am humbled by the trust voters in Westchester and Rockland have placed in me and grateful for the opportunity to serve the community that raised me,” Jones said.

He defeated Republican Maureen McArdle Schulman 134,835-98,634 with an undetermined number of absentee ballots still to be counted that are presumed to be heavily Democratic. Jones will replace 16-term congresswoman Nita Lowey who announced her retirement last year

In the 18th Congressional District, Democratic Congressman Sean Patrick Maloney held a slim 6,655-vote lead over Republican challenger Chele Farley with 100 percent of the machine counted. An undetermined number of absentee ballots must still be counted across the expansive four-county district, that represents Westchester, Putnam, Duchess and Orange counties.

“The Hudson valley has once again spoken: We have won this race and been granted the opportunity to keep serving New York for the next two years,” Maloney said. “It is time to put partisan politics aside because there is so much work to do.”

Unlike Maloney, Farley is waiting for the absentee ballots to be tabulated first before declaring the race.

“With a difference of less than 2% of the total votes cast and tens of thousands of absentee ballots still to count, we need to have a full and fair count of every legally-cast ballot,” she said in a Facebook post. “I’m confident that once that process is complete, we will win and provide hardworking Hudson Valley families with a voice in Congress who will stand with law enforcement to ensure the safety of our communities and partner with President Trump to reopen our economy.”

Putnam County Legislature Chairwoman Toni Addonizio was elected to a third term with a win over Democratic challenger Vincent Fiorentino, 2,873 to 1,839, according to the Putnam County Board of Elections. 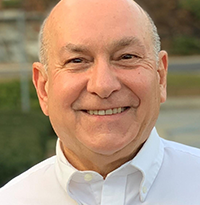 Burdick Ready to Head to Albany to Tackle State Challenges 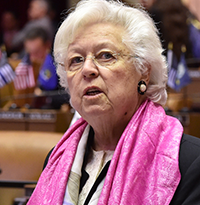 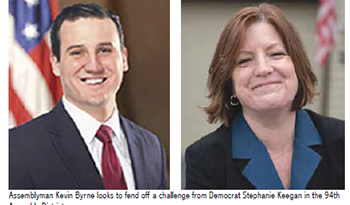 Byrne Vying for Third Term Against Veterans Advocate from Somers