Skip to content
AREA NEWS The Northern Westchester Examiner
May 14, 2012May 19, 2012 Adam Stone Yorktown
We are part of The Trust Project

Though Yorktown Organizations United (YOUnited) is in its infancy, it’s already produced some tangible results — like Karen Symington Muendell’s Yorktown Farmer’s Market, which opened on Saturday, May 19.

But for the community leaders who make up the organization, more growth is needed. Committee specialization and the formation of a comprehensive mission statement were among the issues discussed at YOUnited’s third meeting, held Wednesday night at Yorktown Town Hall and led by Yorktown Supervisor Michael Grace and local philanthropist Bruce Apar.

“Now the idea is, let’s get this even further and an important part of it is to create an identification of what issues are there and look at solutions, look at nuts and bolts and just start the conversation,” Grace told the crowd of about 40.

Kathy Quinn, director of the breast cancer care group Support Connection, said she thinks it’s important for a mission statement to be decided upon before any events or initiatives are planned.

“I think that is really critical that we start from the top down,” she said. “To me, the greatest asset of this group can be resources, education and providing means of getting things accomplished that can’t be accomplished right now [without a mission statement].

Quinn was appointed to head up the mission statement committee. Also formed was a committee to compile a database of Yorktown organizations and resources, led by Muendell.

One of the issues raised by the group was the need for more resources for town teens during the summer. One member of the group suggested bringing back the bus that decades ago used to bring high-schoolers to the Shrub Oak Pool for the day for a nominal fee.

Grace said he would investigate the feasibility of that plan.

“I think they need to understand the community cares about them,” she said. “Young people need to know what opportunities there are out there, because maybe they come from a family where the parents haven’t been very involved in community situations.”

Other ideas discussed included a Yorktown telethon, a website for YOUnited designed by a Yorktown High School sophomore as part of her Girl Scout Gold Award project and a series of efforts designed at healing the divide between Yorktown and Lakeland students.

“That’s what I would really like to see — our kids blending together and forging bonds,” said Mary Farrell Murphy, who said she’d like to spearhead that effort.

She said it was important to select “neutral” locations for events geared toward teens and younger students so that activities were not geographically coded as Yorktown- or Lakeland-specific. Murphy also volunteered to plan a summer barbecue and softball tournament as a way of assisting the Alliance for Safe Kids.

Assemblyman Steve Katz popped by briefly toward the end of the meeting, but did not offer any comment. 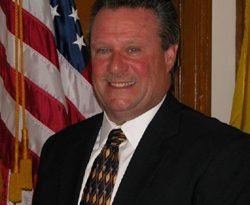 Diana Preparing to Take Over as Supervisor in Yorktown