Skip to content
AREA NEWS The Examiner Uncategorized
February 4, 2011April 27, 2011 Adam Stone
We are part of The Trust Project

The date was October 24th, and the 51,881 people fortunate enough to have been in attendance at Atlanta-Fulton County Stadium for the pivotal Game 5 of the 1996 World Series witnessed the making of a legend. No, not likely Hall of Fame Braves pitcher John Smoltz, but unlikely Hall of Fame Yankees pitcher Andrew Eugene Pettitte.

Then just 24-years-old, with the series knotted up at two games apiece, Pettitte amazingly bested Smoltz by pitching 8 1/3 riveting and scoreless innings. The Yankees defeated the defending champion Braves by a score of 1-0 and never looked back en route to the franchise’s 23rd World Championship.

On that night, by delivering the second and most memorable of his Major League record 19 career post-season victories, Pettitte announced to Yankee fans and to baseball at large exactly what he was made of. It was then that an entirely new generation of Yankee faithful came to understand just how beautiful baseball can be, and how there’s just something so magical and unparalleled about the pinstripes.

Yesterday came the news that Pettitte is calling it a career, having decided to hang ’em up after 16 professional seasons, 240 career wins and five World Championships. He leaves behind Derek Jeter, Mariano Rivera and Jorge Posada as the three remaining members of the so-dubbed “Core-Four,” the last active players on the current Yankee roster from that glorious 1996 run.

A lot has happened, both personally and professionally, with Pettitte since the days when he was just a shy and unassuming lefty from Louisiana getting acclimated in the Yankee Universe. There have been highs and lows, farewells and reunions, scandals and redemption. There were HGH injections, alleged “misremembering,” and best friendships gone awry, but through it all, Pettitte remained the stalwart security blanket for both Joe Torre and Joe Girardi alike.

Perhaps Tino Martinez said it best when asked for his thoughts on Pettitte’s retirement:

“He is one of the greatest pitchers in Yankees history. He was the anchor of our staff every year. Without him we don’t win all four World Series. Since I’ve been retired, I’m always asked, ‘Who would you have pitch a World Series Game 7?’ And I always say, ‘Andy Pettitte.’ When the time comes for a big game, you want a guy who’s going to give you seven strong innings. And that’s what he did time and time again.”

For whatever the reason, Andy was never a favorite of The Boss, which ultimately led to his three-year departure from the Yankees during the 2004-2006 seasons. Yet, despite the fact that Pettitte took his talents to Houston to pitch for his hometown Astros, the hiatus never felt quite right to him or Yankee fans. In 2007 he eventually rejoined the team where it all began, settling right back into his “not quite an ace” role, playing an integral part in restoring the Yankees to glory via their 2009 Championship season.

The future is bright for Pettitte, who will be the subject of countless debates over his Hall of Fame worthiness for years to come. It is my opinion that Pettitte’s raw statistics leave him shy of entry, and his unfortunate decision to utilize performance enhancing drugs largely negate the brilliance of his post-season accomplishments. But that is not to say that his playoff accomplishments aren’t stellar, because they are. I’m certainly not like the many folks out there who believe that Pettitte was merely a beneficiary of the free-spending Yankee ways. Sure, he had more opportunities to play in the post-season than most, but the man still had to take the mound and get ‘er done. Do we dare diminish Mickey Mantle’s or Reggie Jackson’s World Series heroics? Certainly not.

Unfortunately, the future may not be as bright for the Yankees. Stymied in their repeated attempts to add ace pitcher Cliff Lee to their starting pitching stable, New York was desperate for Pettitte to return. Now, General Manager Brian Cashman is left holding the bag, literally, as all the millions in the world won’t help when there’s no one to spend it on.

As for the newly-dubbed “Key-Three,” they’ll have to make due with a slightly diminished league-leading team payroll and an uncertain starting rotation this season. The Yankees are still formidable, but losing Pettitte for the second time just makes them seem less so.

One thing that does seem certain is that Jeter, Rivera and Posada must have long since known that Andy Pettitte wouldn’t be joining them in 2011.

Now one of them is going to have to tell ARod that much as he’d like to be eligible, he won’t ever be a member of the “Core-Four.”

The Payoff Pitch brings you Jamie O’Grady’s distinct take on New York and national sports every Monday. Having previously worked as a Contributing Writer for MLB.com., Jamie is also a practicing lawyer and an unapologetic Yankees, Knicks and Giants fan. He lives in Mount Kisco with his wife, Sarah, and son, Jack. 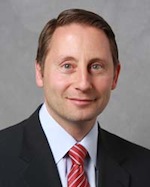