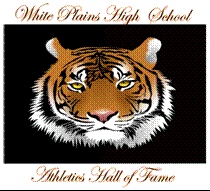 The deadline to submit nominations of candidates for the 2020 White Plains High School Athletics Hall of Fame induction event has been finalized as Tuesday, March 24.

Anyone who has previously been nominated but not inducted does not have to be resubmitted. Those candidates automatically will be reconsidered.

To access the criteria for eligibility and a nomination form, go online to the school district website: www.whiteplainspublicschools.org/Page/16127.

Nominations may be submitted either via regular mail sent to the WPHS Athletic Office, 550 North Street, White Plains, NY 10605, or via e-mail to Chuck Stogel (chstogel@aol.com).

The sixth annual WPHS Athletics Hall of Fame induction event is scheduled for a Friday evening in early to mid November in the high school media center. The exact date and the roster of inductees for this year will be announced in late spring.

Video recordings from all five of the previous induction ceremonies are available for viewing online. To access, please go to: www.whiteplainspublicschools.org/Page/600.

The following is a year-by-year list of the first five classes of inductees: